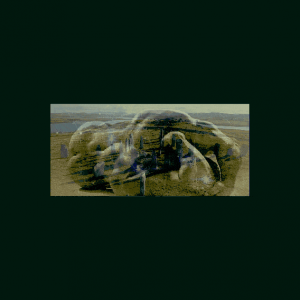 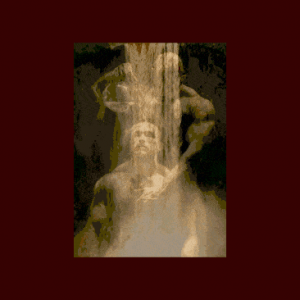 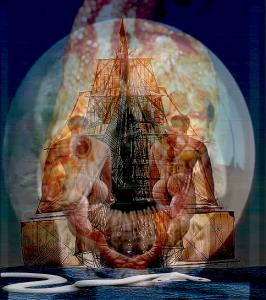 The Power of Flow and the Flow of Power”
— Claude Edwin Theriault
CLARE, NS, CANADA, June 14, 2022 /EINPresswire.com/ -- With massive New world Web 3.0 order falling into its Agenda 21 place via new normal changing all aspects of culture and societies there is a call amongst new emerging contemporary artist; to use visual archetypes that serves as anchors of stability amongst the sweeping social change happening with the Uranus Pluto alignment in the winter season of the fourth turning. Something Old world Web 2.0 does not seem to realize

All disruptive elements are caused by the breakdown of the very fabric of our lives as we have known it so far. Making life worse for most people with greater inequality, rising authoritarianism, and rampant misinformation of fake news. With the massive manipulation of the very perception of entire societies taking hold in the conquer and divide, tactics used by the elite people in power.

Nothing new it’s the same script, only the media means and stories told have changed.

Hence the need to be not so much vigilant but selective as to what info we consume.

The current Web 3.0 blockchain technology and the metaverse that is being built on it ; brings us to an inflection point; where we can reconfigure fundamental realities such as people’s physical “presence” with others and people’s conceptions of trust and truth; the choice is up to each and every one of us.

Enabling us to set up our own personal Galt Gulch inner sanctum and breath our way through it, since social shifts have always been; they just have never been so Live on TV as they are now.

The basic 4 layers of the metaverse are the blockchain technology it is all built on, the second layer is the token economy or commercial interest society has, the third layer is the governance of the DAO meaning its decentralized members, and the fourth layer is the Metaverse philosophy of social connection.

All very Magna Carta like establishing law as power itself for now, since the need for order, is always essential. With a social core made up of freedom, via the autonomous and sovereign identities you have, Equality of equal opportunities and status. And justice with the rule of law via non-partisan governance consensus meaning without being part of a political party.

However, the philosophy is going to be a challenge since it will evolve and evolve fast. As A. I robots build it faster and better than any humans can, therefore the ongoing building task will be outsourced to the Grid Bots so humans can play.

It will be a very disruptive force, since most mainstream media and consumer brands like newspapers, radio stations, and car manufacturers to name but a few, will simply fall by the wayside. and cease to exist due to the Mass Adoption Tokenization MAT of a new tech that is as infinite as the cosmos, and drawing you in.

Hence the need for Avatar genies that reflect a balance of style and the style of balance. Bringing utility to the table, utility is the new
asset of choice since it is tangible, meaning you can have it in hand. Like key players Meta key, Fractal Gaming, and World of Freight racing, your NFT designs will have it or not have it there will be no divide. In this very interactive technology with massive contemporary cultural processes, we simply are not accustomed to being a part of it yet. Since nothing draws a crowd quite like a crowd, in these days of change and migration to the next big metaverse thing.

Canadian contemporary NFT art Creator MBF-Lifestyle studio is taking the very established framework of Contemporary art and expanding it all; due to the interactive 3D motion graphic design experience; side to it. The community factor is of prime importance since it is a key polarizing factor that makes or breaks any Communitas project. Where a sense of separation dissolves, and we merge with our people as we recapture the rapture, funnel our collective creative passions, and set forth to build stuff in group flow; like the human race has done many times before.

A daunting yet feasible challenge these days since we are so physically and philosophically divided by the divide and conquer powers that be.

However, group flow is something you can train in, like Qigong or learning to speak french. So you can lead and create aesthetic values and meaning with what’s next in the visual contemporary arts meets tech sphere of the metaverse.

The current Crypto punk status is based on the fact that they are the first and oldest NFT project on the Ethereum blockchain. With that as the foundation base, it is now evolving to where buyers are developing a more keen and selective eye on what the new NFT project should contain in the realm of aesthetics. As well as a healthy and solid and engaged community following the project. First, create a culture then that culture creates a following. Since that is what contemporary art does, it reflects the pop culture of the times and is very tuned to the social evolution it leads. Coupled with the new economy of better more authentic money crypto brings it is only the true heart and vision that will make a mark worthy of notice, amongst all the noise.

Due to the irrefutable proof of stake authenticity in art and the provenance it has by its merit, not by its political connections.

Something never seen or experienced before in the entire history of the human race.