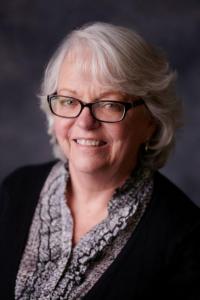 The Marine Corps gave me so much throughout my career and I want to give back to our Military members in every way possible.”
— CHARMAINE EGGETT
OAK HARBOR, WASHINGTON, USA, June 14, 2022 /EINPresswire.com/ -- Charmaine Eggett is a dynamic, hard-working and enthusiastic Broker/Realtor at Island Premier Properties, LLC on Whidbey Island, Washington. She is also a United States Marine Corps Veteran.

Charmaine was born in Duquesne, Pennsylvania and graduated from Duquesne Senior High School. She says, “I took a lot of secretarial classes in high school and when I went to apply for a secretary position at our local Marine Corps office, the Recruiter told me about the Marines! I was only 17 years old, but it sounded exciting to me, so I enlisted.”

In August of 1974, Charmaine went to Boot Camp at Marine Corps Recruit Depot, Parris Island in South Carolina where she underwent 8 weeks of rigorous Basic Training. It included strenuous physical conditioning, marching drills, a lot of cleaning, uniform code rules and basic Military classes. “Everything was so new to me.” She recalls, “It was the first time I was ever away from home, the first time I had ever been on an airplane, and I was a little nervous at first, but everything turned out fine! Charmaine graduated boot camp as a Private First Class (E-2).

From there, Charmaine then went to school at Fort Lee, Virginia where she learned how to repair canvas equipment on a heavy-duty sewing machine and was one of three Women Marines who were the first to attend school there. The Marine Corps utilized personal equipment such as canteen covers, backpacks and tents, all of which were made from canvas.

After acquiring the knowledge and training there, Charmaine transferred to Camp LeJeune, North Carolina which was her first Duty-Station. She was the first female assigned to the fleet and considered herself to be ‘just one of the guys.’ During this time, Charmaine earned 3 meritorious promotions, from E-2 to E-5. She was then sent back to Marine Core Recruit Depot at Parris Island, but this time as a Drill Instructor and was quickly promoted to E-6.

After her tour on the Drill Field, Charmaine made a lateral move to the Supply Administration field and was assigned to Marine Corps Recruit Depot in San Diego, California where she oversaw the Property Control Office. She was responsible for ordering supplies and maintaining the self-service stores. Her husband was also a Marine and was stationed at Camp Pendleton, so she was transferred there where she was promoted to Gunnery Sergeant (E-7).

Charmaine and her husband got unaccompanied orders to Okinawa, Japan where they lived off-base for a year. She was the Supply Chief for the 3rd Marine Division at Camp Courtney. She says, “I really enjoyed my time there because I got to learn all about the Japanese culture and cuisine. I loved to go to all the wonderful restaurants. Driving on the left side of the road did take a bit to get used to.”

Charmaine then relocated to Quantico, Virginia where she was in charge of the base self-service store. When it was time for her to re-enlist for the 3rd time, Charmaine requested to go back to Okinawa for an accompanied tour (3 years) because she loved it so much. This time she was responsible for managing all of the uniform stores located at all Marine Bases on the Island.

After returning to the states, Charmaine went back to Camp Pendleton where she was assigned to the Reserve Support Unit providing support to Reserve Units while they trained and prepared for deployment. She was promoted to the rank of Master Sergeant (E-8).

Charmaine then retired in 1994 and, at the suggestion of a friend, moved to Whidbey Island, Washington. She fell in love with it and has been there ever since. She met her current husband, Gordy, at Family Bible Church in Oak Harbor. Gordy is a retired Navy Senior Chief who worked as an Aviation Ordnanceman. Charmaine has four adult biological children and two children that she and Gordy adopted.

Charmaine decided to have a career in Real Estate because she knew it was a job she could have for the rest of her life. “I didn’t want to just sit at home, I wanted to stay social and Real Estate was an ideal fit for me. Because I’ve been through so many moves and have bought and sold many houses, I felt that I would be good at it. I earned my Military Relocation Professional (MRP) Certification because I wanted to be there for our Military families and veterans to help them navigate their own moves and to help them get settled into their new homes and neighborhoods. I understand everything they’re going through, and I want them to know that they can count on me to assist them in every way possible. The Marine Corps gave me so much throughout my career and I want to give back to our Military members in every way possible.”