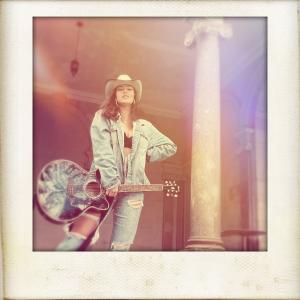 Samantha Spano with her guitar. 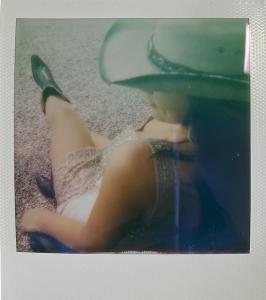 Samantha Spano in her cowboy hat. 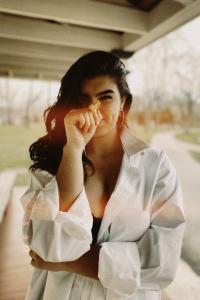 New Jersey native Samantha Spano has made it her business to become a country music powerhouse.

The studio staff didn't believe I was only 13," says Spano. "They all commented that the songs must have been written by someone in their 30s.”
— Samantha Spano
NEW YORK, NEW YORK, UNITED STATES, June 16, 2022 /EINPresswire.com/ -- As a very young person, Samantha Spano knew she wanted to be a musician. Her career was ignited with piano lessons at the ripe age of five and cultivated when she started learning guitar at eight. But being a musician wasn't her only goal. Spano knew that to become an authentic tour de force in the music industry means learning the industry from the ground up. With purpose in her heart, Samantha Spano is forming and fostering her knowledge of music; and the business of music.

Now at age 20, Spano has a long list of musical accomplishments under her belt. Spano plays piano & guitar, won the Freehold Idol Competition at 11, released her first EP at 13, and released several well-produced songs and music videos. Her live performances are also gaining recognition as a solo artist and now the front person for the veteran band Kickin' Nash.

Spano's most significant accomplishment may be her dedication to music as a career. A full-time music student at Monmouth University, Samantha understands the balance between writing, recording, playing live, building her fan base, and protecting her intellectual property. All while becoming a strong independent businesswoman.

With a future in music in her sights, Samantha feels ready to navigate the waters of the country music world with her idols leading the way. Early influences include Taylor Swift, Shania Twain, Carrie Underwood, and Miranda Lambert. However, her soul has learned from Reba McIntire, Martina McBride, Alan Jackson, and Garth Brooks.

Her writing reflects country music's past giants. "I recorded my first EP in New Jersey and wrote those three songs myself. The studio staff didn't believe I was only 13," says Spano. "They all commented that the songs must have been written by someone in their 30s."

Samantha sensed that the New Jersey crowd didn't reflect the country music fandom she loves. "Coming from the Jersey Shore, I was the only kid that loved country music," Spano remembers. "I would wear cowboy boots and cotton dresses to school, and people would wonder what I was doing. Even then, I would bring my guitar in and play for show and tell. Now to have all these people watch me grow up and continue to show up to listen to my new music and watch my videos is very humbling."

Samantha's experience recording in Nashville with seasoned producers and musicians has helped validate her talent. "I told myself to be confident in my music. I knew my songs by heart and exactly what I wanted to do with them," says Spano. "I stepped into the studio, and my entire world opened up."

When she learned that the session drummer plays with Tim McGraw and Faith Hill, and the piano player has played for Olivia Newton-John, Samantha felt some pressure. Spano remarked, "But they were all really open to my ideas and played off them. That's when I realized, wow, I did that."

Spano is planning several releases over the following months. Fans can expect her original song, 'Jesus Tattoo,' to be released sometime in July 2022 on several popular streaming services like Spotify and Apple Music, along with an official video.