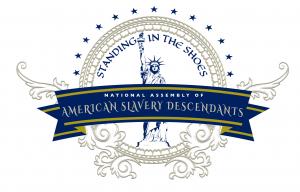 LAUREL, MARYLAND, UNITED STATES OF AMERICA, June 14, 2022 /EINPresswire.com/ -- In response to the recent massacre of African Americans in Buffalo, the National Assembly of American Slavery Descendants (NAASD) is asking President Biden and Congress to take meaningful acts to protect and repair African American Descendants of Persons enslaved in the United States, also referred to as “American Freedmen”

While NAASD recognizes recent movement by the White House to address some issues impacting the American Freedmen community, the organization wants to go on the record stating that the current measures on the table don’t go far enough.

American Freedmen have been harmed for centuries in this country. Specific redress regarding violent acts committed by white supremacists and centuries of systematic oppression is necessary. Therefore NAASD is charging the United States Government with genocide.

NAASD recommends that Biden and Congress take the following actions:
● Designate American Freedmen as a federally protected class.
● Create a Federal Office of Freedmen Affairs
● Expand hate crime statutes to include a “ Lineage Standard” for prosecuting crimes against Freedman.
● Allocate $1B (minimum) in funding and technical assistance to state and local jurisdictions to effectively investigate and prosecute hate crimes targeting Freedmen.
● Require the State/Municipal Agencies that receive national funding to pass a federally approved course on the unique history and culture of Freedmen.
● Mandate shootings and/or killings of unarmed American Freedmen by any municipal or state law enforcement officers will be immediately handed over to federal investigators as possible hate crimes to be prosecuted by the United States Department of Justice.

These actions can be incorporated through Congress adding enhancements to existing bills such as the Emmett Till Antilynching Act (Law No: 117-07) which became law on March 29, 2022. These actions can also be implemented through executive order by President Biden.

NAASD asserts that Biden’s executive order around policing, in recognition of George Floyd, does not meet these specific demands. Also, NAASD stands firm that the language in House Resolution 40 which would create a Reparations Study Commission is not substantial enough and the lead sponsor of the bill has largely ignored the American Freedmen request to edit the bill.

As the chief executive officer of the United States, President Biden has the power, through executive orders, to enact meaningful acts to heal and repair the Black community. NAASD has released a set of policy recommendations called the REPAIR ACT. The recommendations include presidential priorities highlighting an immediate and urgent framework to expedite the repair for American Freedman. The act lists protections and other forms of repair for the Black community. The policy recommendations in NAASD's REPAIR ACT coincides with the release of the report by the first-in-the-nation California Reparations Task Force which will be the first government-commissioned study on harms against the American Freedmen community since the 1968 Kerner Commission report ordered by then-President Lyndon Johnson. To amplify awareness of the REPAIR ACT and the work that NAASD is doing, we are holding a virtual press conference, Thursday, June 16, 2022 at 12:00 Noon PST. Please email press@naasd.org for the link to this important Press Release.

The National Assembly of American Slavery Descendants was founded in 2019 to advance the National Movement for compensatory reparations for American Freedmen, the Descendants of U.S Chattel Slavery.