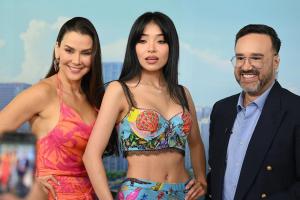 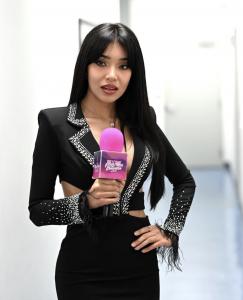 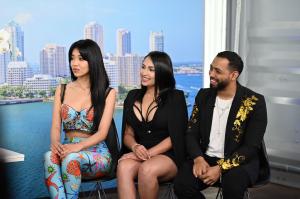 The Miss Teen Universe organization announced at a press conference on May 30th the details of the 2022 pageant to be held this November.

'Winning the Miss Teen Universe title not only grants a prestigious crown and accolade, but successful winners will also engage in activities from charity work to photo shoots and magazine features.”
— Miss Teen Universe 2020- Bibyana Marquez
BEVERLY HILLS, CALIFORNIA, USA, June 8, 2022 /EINPresswire.com/ -- The famed and prestigious Miss Teen Universe pageant which has been widely considered the top teen pageant in the world, has just announced details for the upcoming 2022 pageant to be held in November.

On May 30th delegates and directors of the pageant including CEO Brayhan Guerrero, Vice President Freddy Medina and Miss Teen Universe 2020 Bibyana Marquez, who is also now national director for the U.S, sat down for a Miami press conference announcing key details of the upcoming pageant.

The group announced that from November 11th-16th the pageant will be held at a luxury hotel in Miami bringing candidates and beauty queens from across 5 continents for the chance of being crowned the next Miss Teen Universe.

Candidates for the national U.S. Miss Teen Universe pageant will also be participating in a pageant this summer according to the organization's director of national pageants, Bibyana Marquez, who was also Miss Teen universe 2020, where they will compete to be crowned the widely sought-after title of Miss Teen Universe USA.

For the November pageant, girls aged between 15-21 will take part coming from all over the world from countries including; The Philippines, Mexico and Brazil among dozens others.

According to 2020's winner, Bibyana Marquez; 'Winning the Miss Teen Universe title not only grants a prestigious crown and accolade, but successful winners will also engage in various activities from charity work to photo shoots, magazine features, press interviews and much more to help inspire future candidates and spread the positive and motivational message of the pageant'.

The November pageant is also set to be filmed for a 24 Fashion TV show which will air on Amazon and Roku TV to its huge global audience. The show is set to follow the preparations leading up to the grand finale, the various activities of the pageant from catwalk shows, a trip to Disneyland, evening gown presentations and elocution and communication skills. Celebrity guest judges and mentors will also be preceding over the pageant including Women's Empowerment Public Speaker Aliia Roza and the pageant's Director of Public Relations, Oli London and will join other celebrity guests judges who will be announced at a later date.

More details for the upcoming pageant will be announced this summer on Miss Teen Universe’s official website and Instagram. The TV show following the pageant is also set to be the first ever major TV show in reality show format at a teen pageant and will air later this year.

About the Organization & Pageant

Founded in 2019 by CEO Brayhan Guerrero and Freddy Medina, who serves as Vice President of the organization, the international contest first took place in Mexico crowning the pageant's first queen, Nicaraguan Alondra Leyton.

In 2020, the pageant took place in Florida, but due to the global pandemic it was held digitally. The lucky teen winning the crown was Texas born beauty Bibyana Marquez who is to-date, the most followed and famed Miss Teen Universe. 2021’s pageant took place in the glamorous desert paradise of Dubai and featured the girls showcasing their most elegant looks and pageant skills in the sweeping sand dunes of the Emirati desert as well as at a luxurious 5 star resort. Peruvian beauty Daniela Lei was crowned Miss Teen Universe 2021.

Girls can apply to enter the pageant and have a chance to win the esteemed crown by visiting MissTeenUniverse.com