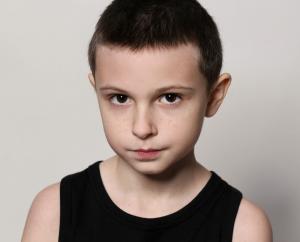 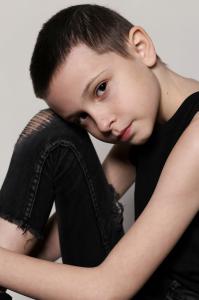 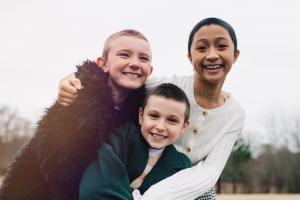 ATLANTA, GEORGIA, UNITED STATES, June 15, 2022 /EINPresswire.com/ -- For tween actress Martie Blair, portraying the younger version of "Stranger Things" lead character Eleven was alone a career-defining experience. But when the show's star Millie Bobby Brown took Blair under her wing and personally directed the young actress in the role, that was the icing on the cake.

Blair has been generating plenty of buzz in her "Stranger Things" role as young Eleven. When she first made her debut in the fourth season in one of Eleven’s many flashbacks, fans quickly got to work exercising their sleuthing muscles. Some were convinced the show was employing CGI or clever de-aging technology to recreate the younger Eleven. Others thought the scenes were pre-emptively shot years ago. But as it turns out, the "Stranger Things" casting crew hit the jackpot by selecting Blair for the role, who in character has an uncanny likeness to a younger Brown.

And even more exciting than the fan buzz, Blair has taken full advantage of the opportunity to be personally directed by Brown. Brown has been hands-on with Blair, directing the young star on set to give her deep insight into Eleven’s psyche and mannerisms.

“Being part of the “Stranger Things” cast has been an incredible experience. Everything about it has been life-changing, from the cast insights to the fans embracing me,” said Blair. “I felt comfortable from day one thanks to Millie Bobby Brown’s warm welcome and generosity. I’m grateful for the time she took to work with me to help perfect my portrayal of Eleven. The lessons I learned from her are ones I’ll carry with me as I continue to hone my craft and take on future roles.”

Prior to her role on “Stranger Things,” the up-and-coming actress appeared on several episodes of the longtime number one daytime drama “The Young and the Restless” as Bella Fisher.