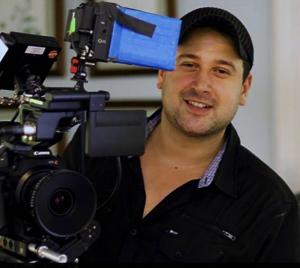 RD”, the Executive Producer of STING announced that Henry Torbin has been named as Sound Engineering Director and Special Effects Director for the TV Series

Henry brings to the Production all that is needed and more, to round out the Team bringing STING…. The Saga continues to the screen. His knowledge base is incredible.”
— RD The Executive Producer
NEW YORK CITY, NEW YORK, UNITED STATES, June 9, 2022 /EINPresswire.com/ -- RD, the Executive Producer of the TV Series

“Sting….the Saga continues”
announces the appointment of Henry Torbin as the Sound Engineer for the series.

“RD”, the Executive Producer of STING Productions is pleased to announce that Henry Torbin has been named as Sound Engineering Director and Special Effects Director for the Television Series currently in production.

Torbin has just completed the Episodes of Ice Dealer, the TV Series. Other movies he has contributed to are La Costa Nostra, By Dawn, Before Someone Gets Hurt, Beyond the Game, A Voice in the Dark, and Midnight Delivery along with many others.

In the Series, the STING Group is a Special Operations Organization that carries out black operations and covert operations authorized by the President. The Group utilizes military units, paramilitary organizations, and private companies to carry out the taskings. All Operations are top secret and not attributable to the United States or the organization carrying it out.

“It was apparent to me after working with Henry on the STING Set that he was the man to be in charge of the Sound and Special Effects Departments for all future episodes of STING…the Saga continues. His expertise in these areas is extraordinary and coupled with his knowledge base of editing, I knew I would find no one better”

The filming of the conceptual Pilot Episode “Last Man Standing” has already been accomplished in New England and is now in editing.

The Series is being Directed by Erick Gonzalez with Cinematography by Justin Michaelson. It stars Elise Rackemann, Diana Landa, Aurèléa, and “The Ghost”.

It is anticipated that “STING…..the Saga continues” will be released in January of 2023.