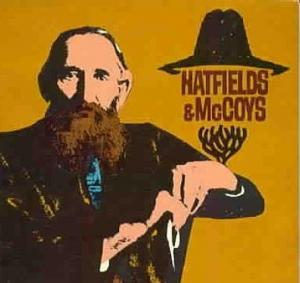 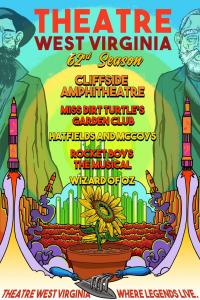 BECKLEY, WV, UNITED STATES, June 9, 2022 /EINPresswire.com/ -- Theatre West Virginia will open its 2022 Summer Season Under The Stars with the original story of the Hatfields & McCoys opening Friday, June 17th, with performances through Friday, July 2nd. All shows take place at the beautiful Cliffside Amphitheater in Grandview, part of the New River National Park and Preserve near Beckley, West Virginia.

First produced by Theatre West Virginia in 1970 and featuring music written by Grammy award winner Billy Edd Wheeler (Jackson, Coward of the County, Coal Tatoo), the Hatfields & McCoys outdoor drama sets to music the legendary rivalry between the Hatfields and the McCoys, America's best-known family feud. Blending action, romance, music, and mountain vengeance, Hatfields & McCoys will answer the question of why so much blood was spilled in the nearby hills and hollers of West Virginia.

The Hatfield & McCoy feud has been the subject of many movies, television series, and best-selling books for decades and received renewed interest due to the incredible popularity of the History Channel's highly rated 2012 mini-series starring Kevin Costner as William Anderson "Devil Anse" Hatfield and Bill Paxton as Randolph "Ole Ran'l" McCoy. It was the most-watched program in the history of the network.

Hatfields & McCoys will be followed this summer at Theatre West Virginia by Rocket Boys The Musical and The Wizard Of Oz. For the first time, Theatre West Virginia will also host an "Arts In The Park" Sunday night summer concert series featuring tributes to John Denver, Elvis, Jimmy Buffet, and The Eagles, and close the series with fan favorites Phil Dirt and the Dozers.

All Theatre West Virginia summer productions will take place in the beautiful 1,200-seat Cliffside Amphitheatre at Grandview in America's newest National Park, The New River Gorge National Park and Preserve near Beckley, West Virginia. Most performances begin at 7:30 p.m. with live pre-show music before each show.

Media outlet promotional giveaways and reviewer tickets are available upon request for the show.

Tickets are available for all performances online or by calling 304-256-6800, or you can visit the Cliffside Amphitheatre Box Office one hour before each show. For group rates or more information, contact Theatre West Virginia at 304-256-6800.