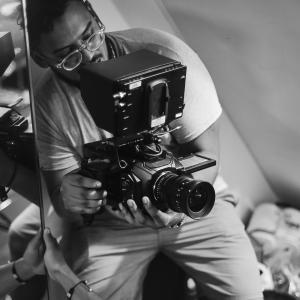 An incredibly talented Director who will take this Series above and beyond all expectations”
— RD Executive Producer
NEW YORK CITY, NEW YORK, UNITED STATES, June 8, 2022 /EINPresswire.com/ -- RD, the Executive Producer of the TV Series “Sting…. the Saga continues” announces the appointment of Erick Gonzalez, as Director of the Series.

“RD”, the Executive Producer of STING Productions is pleased to announce that Erick Gonzalez has been named as Director for the Television Series currently in production. Gonzalez has just completed the Feature Film “Angel of my Life”. Other works he has been involved in have been the official selection at Tokyo International Film Festival, the New York Independent Cinema Awards, the LA International Film Festival, the London Indie Short Festival, and the Roma Short Film festival. Former collaborations include Lionsmedia and Netflix. He studied at the Barrows Group in New York City.

In the Series, the STING Group is a Special Operations Organization that carries out black operations and covert operations authorized by the President. The Group utilizes military units, paramilitary organizations, and private companies to carry out the taskings. All Operations are top secret and not attributable to the United States or the organization carrying it out.

“Gonzalez is a Visionary with the ability to convert a one dimensional script into a powerful, three dimensional film. His expertise is unrivaled. I truly feel he will be internationally recognized by critics as one of the finest 21st century, leading edge, Directors over time.

The filming of the Pilot Episode “Last Man Standing” has already been accomplished in New England and is now in editing.

It is anticipated that “STING…..the Saga continues” will be released in January of 2023.