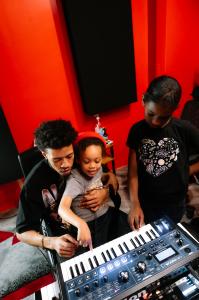 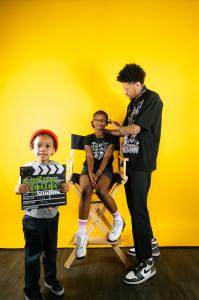 Fatherhood is everything to Projex Santana 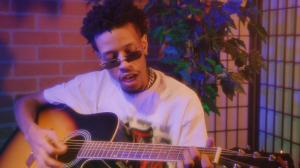 WASHINGTON, D.C., UNITED STATES, June 16, 2022 /EINPresswire.com/ -- Creative force Projex Santana steps into the spotlight with his latest single, “Nobody,” produced by After Prty. The gifted father of two loves teaching chords and rhythms to his kids. He says music is a love language that he can pass on to his children. Though his growing fan base is his musical encouragement, his heart is at home sharing quality time with his kids. He draws inspiration from his precious fatherly moments.

Meanwhile, the infectious bounce and vibrating rhythm of “Nobody” is sure to be a chart-topping hit. Fans are grooving to his tunes as his music fills the airwaves in heavy rotation on Spotify, WHUR 96.3, and WEAA 88.9. The unique beat is a mixture of R&B, progressive jazz, and hip hop. “Nobody” is a follow-up to his debut hits “Good Love” and “Addictive Soul.” Projex is a rising star featured in notable outlets like Time, Kazi, and Genius. As a Washington D.C. native with deep ties to the Prince George’s County area, Projex Santana grew up with music in his soul.

From an early age, he lent his talents as a drummer to Go-Go bands all over the DMV. His music gifts include writing, producing, and playing the drums. Projex shifted his music to a more inclusive vibe, free of coarse language, as his sound matured. Instead, the proud father uses his platform to incorporate encouraging themes for his listeners.

This DMV-based community builder is giving back by teaching students the backend of the business through the Field Noise Audio Academy. In his six-week-long course, Projex teaches attendees the ins and outs of audio engineering, songwriting, and entrepreneurship. In addition, instructors give teens a leg up in the music business using state-of-the-art equipment and practices.

Projex, the owner of Green House Studios, is a Wammie Award nominee with more than 50,000 social media mentions. Users of his studios conclude it’s a “Great creative environment for both visuals and music.” Projex is upending the old way of making music with his creative methods and rousing thump. His music is likened to the works of Usher and Trey Songz, and loyal listeners say Projex is taking the industry by storm.

Drawing on his favorite music icons like Smokey Robinson, Dru Hill, and Drake, Projex forges the way for a new day in music. His specific sounds have rave reviews from more than 5 thousand followers. Daniel P. says, “This song is fire!”

For more information, contact Thomas J. of Championship Division at (310) 461-4770 or championshipdivision@gmail.com.