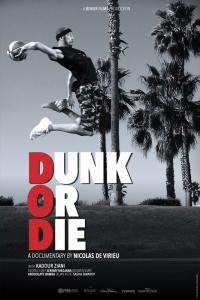 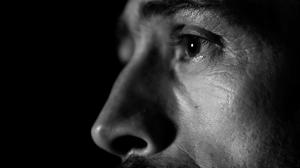 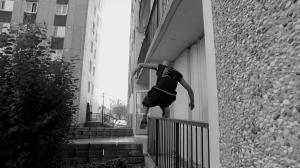 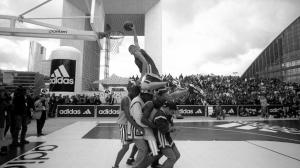 An interview with Nicolas de Virieu, film director of:

The portrait of a dunk prodigy

“This isn't just a film about basketball in general or about dunking in particular. I wanted to appeal to a wider audience that was not yet fascinated by sports. What I especially wanted was to draw the portrait of a man who was looking for some form of spiritual connection because he was struggling to find his place in society."

Speaking is Nicolas de Virieu, director of DUNK OR DIE, a basketball documentary screened at the NYC Independent Film Festival in Manhattan. His film traces back to the career of one of the greatest dunkers in history, Kadour Ziani, born in Saint-Dizier, France, who made it the largest NBA stadium in the US.

“I knew there was something universal about his story that could enlighten viewers. He is a very contrasting character who reminds us of our human circumstances, we are made of light and shadow, hope and despair and can be many people at once. We can also hope, no matter what condition we come from, no matter what our parents' financial level, no matter what building we live in, we can get where we want to go. Kadour's life sums that up pretty well."

Director Nicolas de Virieu is French himself, born in Saint-Germain-en-Laye, France, in 1975. He started in top sport at PSG (Paris Saint-Germain) with sports training with future professionals such as footballer Jérôme Leroy, turning then to American football. For several years he played with "Flash" (La Courneuve football team), for the French national team.

At the same time, he discovered a passion for filmmaking and started working as a sports journalist at AB Sports Channel. He started his own company in 2000 and made documentaries for different channels (Canal+, MCM, MTV, l'Équipe...). ,,I started making documentaries about 25 years ago as a cameraman, editor, director. I have made about 30 feature documentaries. Mainly in basketball, but also in other sports such as boxing, MMA, dancing, climbing.
However, if my documentaries are about sports, I would say that sports is a way to focus on one's life, and that is the main focus in my documents. It's not just a sport with results, wins, losses, it's much more than that."

DUNK OR DIE is a gripping story and cinematically amazing. The lighting in the black and white shots is great and makes the story even sharper than it already is. And because each character in the film tells their own story, it all feels very authentic.

De Virieu: ,,I followed Kadour's dunking troup, Slam Nation, from 2000 to 2005. I got to know Kadour better and better. And I knew that his life was going to be a very interesting documentary. So I followed him for years before deciding to direct a film about him. It takes a lot of time to find the archives that tell your story. Kadour had some footage of his adolescence, both video and photo. Then I shot about 150 hours of videos of him and friends from 2000 to 2010, which was the bulk of my documentary. Then I shot a few more times between 2010 and 2020."

Working with the sportsman was quite easy, the director says: "Kadour is the most self-centered person I've ever met, so talking about himself is his absolute passion."

De Virieu will premiere DUNK OR DIE at New York's NYC Independent Film Festival, but he's already working on a new documentary about Patrick Edlinger, a former climber who basically popularized free solo. "Another fringe who struggles to be understood by others, then used his body to make himself understood."

Nicolas de Virieu: DUNK OR DIE at the NYC Independent Film Festival in New York. Purchase your tickets at: https://nycindieff.com/films