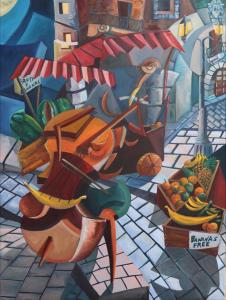 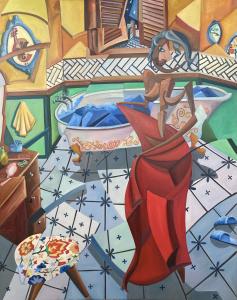 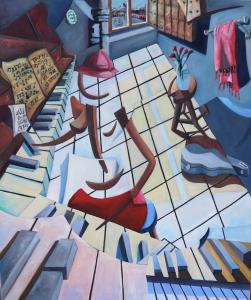 With Cuban music as the backdrop to his work, Derwin Leiva is inspiring a new generation with rhythm and motion!

I mirror the experience of freedom found in Cuban music.”
— Derwin Leiva

NEW YORK, NEW YORK, USA, June 22, 2022 /EINPresswire.com/ -- Derwin Leiva has been awarded the ATIM's Top 60 Masters Award by ArtTour International Magazine. Original from Cuba, this Master Painter and Sculptor have earned his spot in the international art scene with his concept of art through rhythm and motion

Derwin Leiva was born in Cuba in 1978, where music was part of his daily life. In 1995 he moved to Miami and in 2004 to Hawaii, where he currently resides. He studied art at the Honolulu Museum of Art, Linekona School, and completed his BFA with Sculpture concentration at the University of Hawaii Manoa.

Although his work has been influenced by artists like Picasso, Boccioni, and Wifredo Lam, Cuban music has always been a constant backdrop to his work. Through rhythm and motion in his work, he mirrors the experience of freedom found in Cuban music.

Leiva's work has been exhibited worldwide and published by numerous international publications . His name has feature as a rising star in 2022 with his art displayed in the digital exhibition presented by ArtTour International Magazine in a Time Squares Billboard featuring him as one of the ATIM's Top 60 Masters of the year.

To learn more about this artist, please visit https://www.derwinleiva.com/