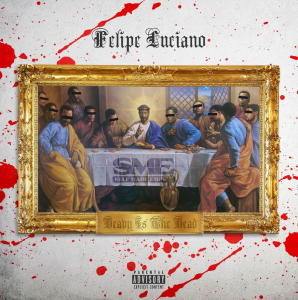 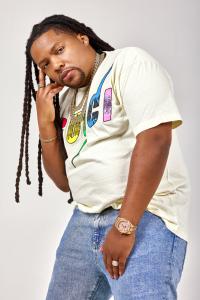 Freshly released via record label Self Made Empire, “Heavy Is The Head” is now available for streaming worldwide.

Bringing invigorating energy to the rap game, Felipe Luciano is seen teaming up with well-known MCs Gunplay (Maybach Music label) and Killa Twan in the tracks “Duckin’” and “Tell Me Why,” respectively. Right from the jump, when you hear the first track, “Inheritance,” you know you’re in for a real treat as it activates trap vibes that the album pushes forth for the entirety of its almost 29-minute length. Reminiscent of a Young Jeezy during Thug Motivation 101, it features Luciano’s raspy voice blended perfectly over soul samples, 808s, and heavy percussion.

Driven by melodic style rap flow, the next track, “Think Big,” is indeed a beautiful gem. Hitting you with its core hip-hop elements, it finds a perfect balance between relating to and motivating the streets. On this inspiring track, Luciano says that the world is bigger than the streets and that if you can run trap, there is no reason not to become successful in a chosen career.

Felipe Luciano bolsters the project with ten standout vocal performances, bringing consistent energy to each song, and delivering bars with intent, charisma, and a keen understanding of showmanship. With a commanding presence that’s undeniable, Luciano carries “Heavy Is The Head” without a hitch as he scorches the mic. It is now available via all major streaming platforms, including Spotify. Follow Felipe Luciano via his Instagram handle to keep up to date.

About Felipe Luciano
Born Clifton Lamarre Gordon, Felipe Luciano originates from Shelby, North Carolina, and is currently based in Miami. At the tender age of 6, his grandmother became his fuel musically, teaching him the timeless piece, ‘Lean On Me’ on the piano. He moved to LA in 2001 with his mother, where he was adversely exposed to violence. Because of his involvement with a group of criminals, he was sentenced to five-year imprisonment in 2008. This didn’t discourage him; instead, he used this time to hone his craft of making music. He also took psychology classes in prison and received a scholarship to UNC at Chapel Hill.

Luciano released his famed debut project “Legends Never Die” in 2020, which was followed by the album “Inspired by You” in 2021. Both projects brought him to the limelight, smashing millions of streams and two plaques. He has worked with big names since then, including Rick Ross, Nipsey Hussle, and Gunplay, to name a few. He founded the record label Self Made Empire and continues his community work and philanthropy with his nonprofit organization, HOPE (Helping Our People Excel). For this year, aside from his third album, “Heavy Is The Head,” he is looking forward to introducing his own merchandise line, Self Made Apparel.

When asked about the length of the latest project compared to that of “Legends Never Die,” he laughs and says, “Oh, this is just the beginning. I got so much heat coming out this summer. This is just the appetizer. It’s designed to make you want more.”