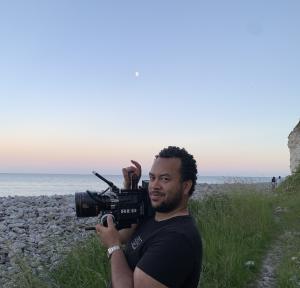 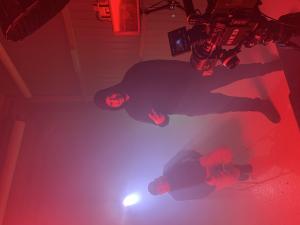 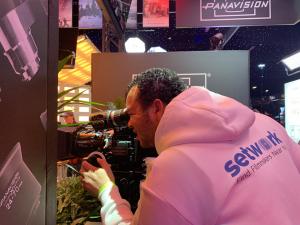 My team and I were equipped with all the gear we needed to get the job done. Renting extra gear was tough as all the rental houses were closed, so we made the most with what we had available.”
— Alan George James
LONDON, UNITED KINGDOM, June 22, 2022 /EINPresswire.com/ -- “Nothing short of spectacular” was the words offered by Cannes International Film Festival as they watched the latest gripping movie shot by cinematographer, Alan George James. The award for the recently premiered danish film ‘Gadens Melodi’, which took the country by storm with it’s recent premiere in Copenhagen, Denmark. The movie went to be featured across notable newspapers, including ‘Politiken’ Newspaper who interviewed director Omid Romal as to how the movie was created.

In a recent interview with Alan George James, we asked him how he achieved such an incredible feat during the lockdown of 2020, here’s what he had to say:

Alan headed up the team at Maximum Risk Films to deliver a breathtaking drama which focuses on the gripping reality of the danish underworld. Moving on to a brighter future Alan George James has hinted at extremely exciting new projects in the pipeline. More to follow soon, but for now we eagerly follow Alan’s instagram www.instagram.com/alangeorgejames for all the latest info regarding his upcoming work.

The filmmaker finding app Setwork was also a major collaborator within the feature film and Alan, the Founder & CEO was eager to let us know how this process was able to help the production process:

“Finding cast and crew was a breeze with Setwork. It was so satisfying to know that the platform is being picked up and put to use for scenarios just like this, where you need to find cast and crew in a pinch!”

For more information about Setwork head over to their website www.setwork.ai for all the latest updates.

It was a pleasure speaking with Alan and learning about all the exciting innovation that he and his team are brining to the film industry.