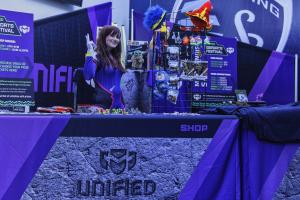 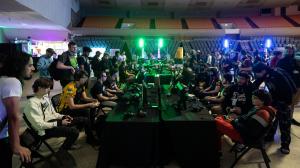 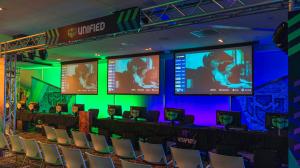 League of Legends teams are invited to compete on the big stage, with matches also streaming online.

Returning for the second year, Esports Festival Kansas City arrives at the Argosy Event Center in July--offering players an expanded prize pool of over $15,000.

...we may just see the next esports great created at this event. As a Kansas City, MO native this event could create the moment I've been waiting my entire esports career for.”
— AbdulRasheed Yahaya, CBDO for Unified, & Co-Owner of LevelUp Arena
WICHITA, KS, UNITED STATES, June 16, 2022 /EINPresswire.com/ -- Unified, an esports tournament and production service company, has partnered with the Argosy Casino Hotel & Spa to host the second year of Esports Festival Kansas City. Set to take place this July 15th-16th as an effort to reignite local gaming communities, Midwestern gaming enthusiasts are invited out to watch or compete in a series of video game competitions that feature more than $15,000 in cash and prizing.

The festival returns to Kansas City after a 2021 debut at Children’s Mercy Park alongside Sporting KC, and this year offers an expanded prize pool on its most popular titles–Super Smash Bros. Ultimate and League of Legends. These high-stakes tournaments will offer competitors a chance to face off for $1,200 and $10,000 prize pools, respectively.

This year, Unified has tagged Kansas City-based LevelUp Arena to assist in overseeing tournament operations for fan-favorite “Smash Bros.” It isn’t the first time these like-minded companies have worked together to power opportunities for K.C. players; both companies share a mission to empower local gaming communities and aspiring esports champions. Other Kansas City locals and organizations will be in attendance as featured guests, or even as competitors in one of the dozen tournaments open to the public.

In addition to the gaming components, Argosy’s Grand Ballroom event space will be transformed into a fully immersive experience featuring unique props and lighting elements, costumed performers, and extra activities and activations throughout the weekend. Players looking to meet and connect with other gamers, or seeking more information for their own chance to “go pro,” are encouraged to attend and can unlock access to every tournament on-site with purchase of a General Admission pass. Individuals looking to support a player or learn more about the esports craze are invited to attend with a Spectator pass for a discounted rate.

“With LevelUp Arenas’ passion creating the best players and Unified's pathway to pro, we may just see the next esports great created at this event. As a Kansas City, MO native this event could create the moment I've been waiting my entire esports career for, ” said AbdulRasheed Yahaya, Chief Business Development Officer for Unified, & Co-Owner of LevelUp Arena.

Esports Festival Kansas City opens its doors at 2:00PM CT on Friday, July 15th. This event will be open to gamers and spectators aged 18 or older; minors are invited to participate in Unified’s online tournament offerings and the Twitch.tv event broadcast. More information is available on the event’s home page on Unified.GG.