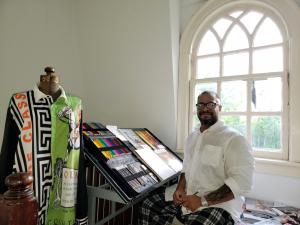 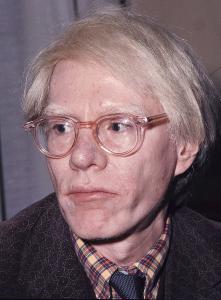 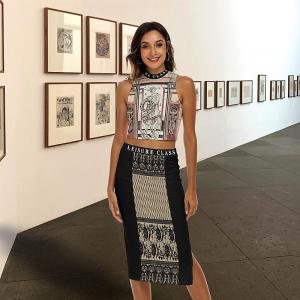 Warhol's Gift For Transforming The Ordinary Into The Extraordinary Lives Again

There is beauty in everything, Just not everybody sees it.”
— Andy Warhol
PLAINFIELD, NEW JERSEY, USA, June 16, 2022 /EINPresswire.com/ -- “Andy Warhol lives again?” …that’s right, we said it! Go to the middle of Piccadilly Circus in London or Washington Square Park in New York City’s most vibrant artistic enclave and scream out at the top of your lungs the words… “Soup Cans.” What or rather “who” do you think instantly comes to mind for most of the people passing by? If you guessed Andy Warhol, you’d be right! The banality of the everyday comprised with the juxtaposition of the monotony of daily routine and the continual inundation of consumer ads is the “secret sauce”, if you will, which drives the consumer economy.

Nobody understood this better than the late legendary 1970s Pop Art icon Andy Warhol. Transforming the elements of the every day into spectacular high art was a gift Warhol possessed and elevating it to a point of relevant psychological discourse was a masterstroke of his genius. A can was no longer a can nor an image simply an image, in the hands of Warhol, it had become a transformative symbol and a powerful prophecy of things to come for those insightful enough to recognize his genius early on.

Warhol didn’t see what was there in front of him, but what those things which he observed could possibly become. He saw with artistic foresight into the 4th dimension of quantum possibility.
It is here at this moment in time, when viewing just some of the innovative fashion designs and thought-provoking motifs of Author/Designer Prometheus Worley, one can see the initial rumblings of an emerging prolific Warhol in the making. Transforming everyday elements like global currency, turn-of-the-century vintage periodicals, and international ancient cultural motifs into a highly popular fashionable art form that can be worn, is something Worley has done. With his new designer brand, Fashion 4 The Leisure Class™, he’s starting to turn heads.

Warhol 2.0
Were Andy still alive today, undoubtedly, he would’ve recognized a kind of creative kinship with this budding designer. Seeing a Warhol X Worley collab would not have been as farfetched as it may sound given Andy’s keen eye and unprecedented ability to recognize emerging talent. Can anyone say…Basquiat.

Like Warhol and the late brilliant designer Virgil Abloh, Worley is an Author /Designer whose creative genius spills over into various other genres like Fashion, Poetry, Writing, Film projects (Dancing With Daemons -A short avant-garde film by Prometheus Worley /Due to begin production in November 2022), and vintage designed home furnishing accessories, just to name a few. Somewhat reserved like Warhol, Worley is a keen observer of the human condition and a life-long Epicurean at heart. “Dancing with the Devil” on 24-hour creative binges is how Worley describes his wrestling with the creative process when he feels he’s at his peak writing or designing hours, which is usually around the time most of us are asleep, around 3 am. It is this “twilight time, the naked time", which Worley calls it, in which he says he feels a deep visceral quantum resonance with the stars, the Moon, and all of existence. For him, this is the real “secret sauce” which gives both meaning and inspiration to all of his work. Virgil Abloh said it best, when he said, "It's important to evolve and not sit in one space."


To The Stars and Beyond:
With the practice of both Meditation and Yoga being essential tools within his toolkit to help center him and elevate his consciousness, Worley is hoping to be the first creative artist to both meditate as well as engage in creative design while “literally” floating in Space. Deeply inspired by seeing the advances in commercial Space flight, Worley believes that the possible next real creative evolutionary step for mankind can and will be discovered beyond the boundaries of planet earth where the limitations of gravity are negated, and the realm of quantum possibilities are magnified. When SpaceX founder Elon Musk said, "In order for us to have a future that's exciting and inspiring, it has to be one where we're a space-bearing civilization.", Worley took it to heart and totally agreed.

It goes without saying, that if this author, designer, and overall creative personality keeps moving at the pace he is, with all of his energetic momenta, he's sure to be one of the prolific personalities you'll want to keep your focus on for the near future.