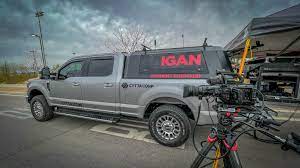 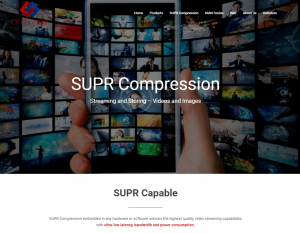 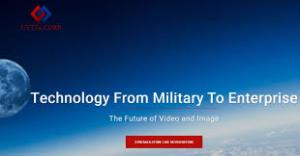 I was pleased and honored to technically assist with the deployment of our IGAN ‘drone clear' technique in use with a PSURT member police department”
— CYCA CTO Michael Collins
LAS VEGAS, NEVADA, UNITED STATES, May 4, 2022 /EINPresswire.com/ -- Video Streaming and Tactical Incident Communications Delivering Superior Performance in Real World Applications for Police and Other Emergency Responders: Cytta Corp. (Stock Symbol: CYCA)

CYCA products work in size, weight, and power-constrained (SWaP) operating environments and evolved through use in the military, meeting the need to stream multiple HD, 4K and 4K+ video feeds with ultra-low latency, bandwidth, and power consumption and disseminate through a command center to multiple parties. CYCA is taking this streaming, storage, and transfer technology to enterprises that would like to stream and disseminate more high-quality videos with fewer resources.

CYCA manufactures all of its products in the USA. Their team of specialists has been put together to productize and distribute this technology across multiple enterprise use cases. CYCA management is integrating this technology into operations that have the need to send and store more high-quality videos and images with fewer resources.

Spotlight is on How Police in North Texas are Now Using Drone-Based Technology to Save Officers', Civilians' Lives

On May 2nd CYCA announced that its IGAN (Incident Global Area Network) video integration technology, which empowers the 'DroneClear' police room/building clearing protocol, has been featured recently in a story in DroneLife (DroneLife.com) the magazine of record for the drone industry.

The article by reporter Jim Magill focuses on how the Dallas Police Department Unmanned Aircraft Systems are now using the CYCA new Drone Clear technology to help clear buildings of potential threats before police squads enter a situation. Using IGAN video technology, Drone Clear allows police teams to see the same video that a drone operator sees from drone(s) at an incident, all in real-time.

For the complete article, please see this link: https://dronelife.com/2022/04/28/police-in-north-texas-us-drones-to-save-lives-deploying-drone-clear/

On April 6th CYCA announced that its IGAN video integration technology has been incorporated into a new and revolutionary law enforcement protocol known as "Drone Clear." The newly developed ‘Drone Clear' building entry protocol was created to provide law enforcement officers with advanced intelligence before entering any potentially dangerous space.

Pioneered in conjunction with North Texas Public Safety Unmanned Response Team (PSURT) www.ntxpsurt.org, the new drone clearing protocol deploys multiple drones to enter the building to assess and deliver video evidence of potential dangers prior to putting police officers and the building inhabitants at risk. Multiple drone video feeds are streamed and integrated into the CYCA IGAN communication nexus. The IGAN then provides real-time video feeds to each member of the tactical team prior to entry. Utilizing drone clearing as the initial process, prevents the enormous risk of death or injury to police tactical officers and building inhabitants, that conventional ‘officer first' building entry and clearing tactics require. CYCA sees ‘Drones First' as a new national police entry protocol.

Conventional room or building clearing tactics involve the officer or officers physically entering the premises in order to survey the room and neutralize any discovered threat. This has been described as one of the most dangerous police maneuvers to the extent that officers are advised, ‘As you approach to clear a room that holds a potential threat, keep your thoracic cavity (center mass) behind the door jamb as much as possible as you visually "slice the pie". The extra building materials used to frame the door will stop direct fire from most handguns.' The fact that officers entering any room always are exposed to extreme risk creates a very dangerous situation for police and all building inhabitants.

The CYCA IGAN has the unique capability of capturing multiple video and audio streams, regardless of source, in real-time and collecting them into immediately actionable information. This allows all participating first responders, real-time crime center(s) and fusion centers to act together based on the actionable information that has previously been difficult or impossible to attain. To date, IGAN has been utilized successfully in multiple life and death scenarios, including hostage-taking, search-and-rescue, felony-in-progress, fugitive apprehension, building, and home searches, and warrant based apprehensions.

On February 22nd CYCA reported it is formally launching its Mental Health Advisory Network (MHAN) pilot program, to utilize its Incident Global Area Network (IGAN) technology to aid officers in the field, when dealing with situations where mental illness and emotional distress is involved.

The CYCA IGAN technology has the unique ability to allow a remote observer to participate visually and audially with the officer on the scene in real time. This will allow, for the first time, a mental health worker to be digitally "present" on the scene, with the responding officer, while being safe in the process. We believe the MHAN module for IGAN will add a valuable tool to protect both officers in the field and citizens.

Current public safety thinking has evolved to the point where collaborative partnerships are being suggested to best resolve incidences involving mental health. Many agencies have adopted a Crisis Intervention Team (CIT) model, which stresses the importance of a partnership between law enforcement personnel and mental health professionals. The CYCA IGAN MHAN module, allowing for the active real-time participation of a mental health expert to assist officers, should become a valuable new tool for empowering the CIT model.

The CYCA MHAN program is designed to ensure that Police Departments have the access necessary to support the officers in the field, while allowing for them to receive real-time participation from a mental health worker. The MHAN system is officer controlled and utilizes the officer's video and audio resources (bodycam or other resources) to allow realtime communication and participation by the Mental Health worker.

CYCA has been utilizing the data, insights and information generated to develop and integrate them into a more comprehensive and advanced IGAN Fusion system. It is anticipated that these initial deployments will result in similar department wide deployments with other major police forces nationally as the new developments are completed and deployed.

CYCA products uniquely synthesize real-time video data, human insights and communication information generated during such events using their advanced IGAN Fusion system. IGAN Fusion seamlessly streams all relevant video and audio from the intervention area into a mobile app interface that all police personnel share in real-time. It gives everyone eyes-on-the-situation at hand and surrounding areas while simultaneously allowing different video captures and audio to be mixed and shared with officers and other police personnel both actively on the ground and in the command post.

On January 20th CYCA announced it has engaged Boustead Securities, LLC ("Boustead") to assist with the next phase of its development and capital markets plans. Over the last few months, CYCA has completed its audit, become an SEC reporting company and uplisted to the OTCQB Venture Market. Now CYCA is ready to embark on the next chapter by seeking to advance its development plans and explore financing opportunities and secure key strategic relationships led by Boustead.

On December 20th CYCA announced the development program of their SUPR TAK full HD video streaming solution for the $12.78 Billion TAK/ATAK market. TAK is the Tactical Assault Kit for the military, the Team Awareness Kit for civilian applications, and ATAK (Android Tactical Assault Kit) when integrated into the U.S. and NATO's preeminent battlefield management application. A Beta launch is expected in Q2 of 2022.

The current CYCA TAK management application system that is utilized in 15 Department of Defense ("DOD") programs and has a user base of over 380,000, does not sustain multiple, reliable full motion video (FMV) from live streaming assets and cameras in higher resolutions. CYCA will be able to solve the lack of quality video streaming that TAK faces with its SUPR video streaming by integrating the CYCA proprietary SUPR streaming technology. Beneficiaries of CYCA full resolution streaming capabilities and technology span federal, state, and local government departments as well as in the recreational environment with users that hike, research, and explore our world through various means. With more state and local agencies coming onboard, this will continue to expand in the government level sectors.

CYCA was asked to develop the SUPR TAK, for the TAK/ATAK ecosystem, by various military partners like UK SOF, US Air Force, US National Guard, SOCOM, Border and Customs, and other Mil Spec users. By integrating CYCA patented SUPR technology capabilities, TAK will now be capable of delivering full resolution streaming over low-bandwidth with low-latency. All users will be able to utilize this exclusive solution that CYCA alone can provide

On December 13th CYCA announced the expansion of its product offerings by the launch of a new enterprise-grade cloud-based AI-powered Software-as-a-Service (SaaS) offering for the flagship IGAN Incident Command Platform.

CYCA IGAN as-a-Service will be available for all customers starting Q1 2022. Customers can now have a unified automated deployment, provisioning, and maintenance experience while utilizing existing onsite resources to set up and manage their IGAN Incident Command System. IGAN-as-a-Service is a natural evolution of the existing IGAN CYCA Hosted and Client-hosted on-premises solutions and supports the same consistency of features across both deployment models.

The global SaaS market is expected to grow from $225.6 billion in 2020 to $272.49 billion this year. The growth is mainly due to companies like CYCA evolving their product portfolio to better service the customer demands and provide agile solutions with minimal onboarding time and expense. It is anticipated that this trend will continue, with the market expected to reach $436.9 billion by 2025.

CYCA SUPR ISR (Intelligence, Surveillance, and Reconnaissance) system delivers video streaming for surface, airborne and underwater ISR applications including environments where video streams are transmitted beyond line-of-sight. By utilizing a SUPR-enabled encoder onboard an unmanned vessel, video can be securely streamed in high definition through an extremely low bandwidth LEO satellite uplink (<22 kbps) with ultra-low latency.

DISCLAIMER: CAP/FrontPageStocks/CorporateAds.com (CA) is a third-party publisher and news dissemination service provider. CAP/FPS/CA is NOT affiliated in any manner with any company mentioned herein. CAP/FPS/CA is a news dissemination solutions provider and is NOT a registered broker/dealer/analyst/adviser, holds no investment licenses and may NOT sell, offer to sell or offer to buy any security. CAP/FPS/CA’s market updates, news alerts and corporate profiles are NOT a solicitation or recommendation to buy, sell or hold securities. The material in this release is intended to be strictly informational and is NEVER to be construed or interpreted as research material. All readers are strongly urged to perform research and due diligence on their own and consult a licensed financial professional before considering any level of investing in stocks. All material included herein is republished content and details which were previously disseminated by the companies mentioned in this release or opinion of the writer. CAP/FPS/ CA is not liable for any investment decisions by its readers or subscribers. Investors are cautioned that they may lose all or a portion of their investment when investing in stocks. CAP/FPS/CA has been compensated $500 by a third party for dissemination of this article.

These news releases and postings may contain forward-looking statements within the meaning of the Securities Litigation Reform Act. The statements reflect the Company’s current views with respect to future events that involve risks and uncertainties. Among others, these risks include the expectation that any of the companies mentioned herein will achieve significant sales, the failure to meet schedule or performance requirements of the companies’ contracts, the companies’ liquidity position, the companies’ ability to obtain new contracts, the emergence of competitors with greater financial resources and the impact of competitive pricing. In the light of these uncertainties, the forward-looking events referred to in this release might not occur.