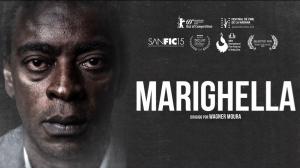 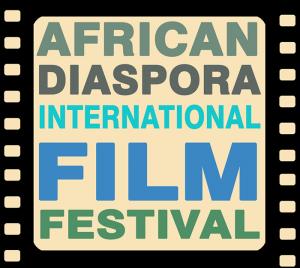 For 30 years, ADIFF has offered an alternative worldview to the one typically offered by other international film festivals.

The arts have long been a critical sector in our economy, and as we continue to rebuild a stronger New York, it's essential we do all we can help this industry thrive once again”
— Governor Hochul
NEW YORK, NEW YORK, UNITED STATES, May 4, 2022 /EINPresswire.com/ -- Established in 1993, the African Diaspora International Film Festival (ADIFF) is a Harlem based minority led 501-C3 not-for profit international film festival that presents, interprets, and educates about films that explore the human experience of people of color all over the world in order to inspire people’s imagination, disrupt stereotypes and help transform attitudes that perpetuate injustice.

The mission of ADIFF is to expand the traditional views and perceptions of what the Black experience is by showcasing award-winning, culturally relevant, artistically well-crafted documentary and fiction films with a strong educational value that spotlight the richness and diversity of the life experience of people of color, from Peru to Zimbabwe, from the USA to Belgium and from New Zealand to Jamaica.

For 30 years, ADIFF has offered an alternative worldview to the one typically offered by other international film festivals. ADIFF’s programming encourages its audience to explore and reflect upon their own perceptions of the humanity of people of color in an intellectually stimulating and entertaining environment that features exchanges with guest filmmakers, panel discussions and social events such as receptions and after parties.

Consistent with its mission, ADIFF NYC established a festival section targeted specifically towards young people whereby elementary, intermediate, and high school students can attend age-appropriate screenings during ADIFF at 11 am on weekdays, free of charge.
ADIFF created in 2000 the Public Award for the Best Film Directed by a Woman of Color - the only competition in the festival - as a way to support the work of women filmmakers of color who premiere their feature length film in ADIFF NYC.

Close to the heart of ADIFF Co-Director Reinaldo Barroso-Spech - who received his Doctorate degree from Teachers College, Columbia University - is the Films in the Classroom program, a monthly film series established in 2003 in collaboration with the Office of the Vice President for Diversity and Community Affairs at Teachers College, Columbia University. Held every last weekend of the month in the Spring at Teachers College – and online since 2020 due to the COVID pandemic – this monthly series is organized around themes and culminates with a lecture or panel discussion. The goal of the series - opened to the Columbia University community, the Harlem community and beyond - is to bring an educational outlook to various issues related to POC realities using films as the primary communication tool.

ADIFF’s programming has enriched the national cultural landscape with a strong selection of First Nation films, Afro-Latino films, films spotlighting the Black experience in Europe, African American independent cinema and African cinema. “I am proud to say that over 150 films premiered in ADIFF signed distribution deals and are now available to large audiences in the USA.” says ADIFF Co-Director, Diarah N’Daw-Spech who holds a MBA in Management and Marketing from Columbia University. “The most recent examples are the films She Had a Dream by Raja Amari from Tunisia now playing on PBS through Afropop and The Last Tree by UK based Nigerian filmmaker Shola Amoo that can now be seen on Showtime!”

After 2 years of programming films online due to COVID, ADIFF 2022 will be back with in person screenings in Chicago in June for its 19th edition; Washington DC in August for its 15th edition; Paris, France in September for its 12th edition, and New York City in Nov/Dec for its 30th Anniversary!

In the context of its 30th anniversary, ADIFF NYC 2022 will present "Portraits of Women Leaders of Color Program" at the Schomburg Center in Harlem. This program is made possible thanks to the support of a $10,000 NEA Challenge America award. The goal of “Portraits of Women Leaders of Color Program” is to expose women of color to films that have the potential of demystifying the notion of leadership and show that one does not have to be a man, white or from a privileged background to make an impact on one’s community.

The program will consist of film screenings and a panel discussion exploring the role of women of color in society.

“The National Endowment for the Arts is proud to support arts projects like this one from the African Diaspora International Film Festival that help support the community’s creative economy,” said NEA Acting Chair Ann Eilers. “ADIFF in New York City is among the organizations nationwide that are using the arts as a source of strength, a path to well-being, and providing access and opportunity for people to connect and find joy through the arts.”

ADIFF is not a corporate event. Its support comes primarily from institutions that value art, culture and education. In previous years, ADIFF has received support from The Harlem Community Development Corporation; the NYC Council in the Arts; NYC Council on the Arts; The International Organization of La Francophonie NY; NYC Council Member Bill Perkins; the Upper Manhattan Empowerment Zone Development Corporation and administered by LMCC; the Office of the Vice President for Diversity and Community Affairs at Teachers College, Columbia University; Columbia University departments of Latin American and Iberian Cultures and African American and African Diaspora Studies; the Manhattan Community Award Program, and the Academy of Motion Picture Arts and Sciences through its Festival Grants program.

In support of its 30th Anniversary celebration, ADIFF NYC 2022 received a generous grant award from the New York State Council on the Arts (NYSCA). "The arts have long been a critical sector in our economy, and as we continue to rebuild a stronger New York, it's essential we do all we can help this industry thrive once again," Governor Hochul said. "These awardees represent the best of what New York's vibrant communities have to offer and with this funding in hand, they will be able to not only continue their creative and inspiring work, but help spur revitalization in their own backyard as well."