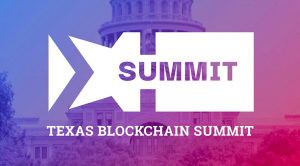 The Texas Blockchain Summit Returns to Austin in November 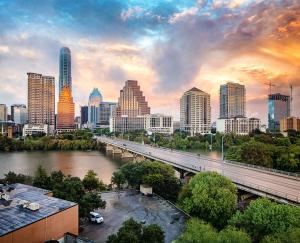 Nov. 17-18 at The AT&T Hotel and Conference Center 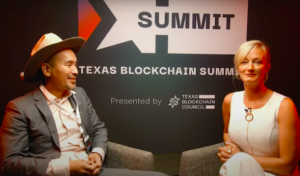 Our 2022 Summit will be a transformative experience that will ignite our State’s leadership role in emerging industries.

Last year’s event caught industry experts, regulatory experts and policymakers by surprise as close to a thousand attendees came together for a single day in the sold-out AT&T Conference Center to listen to some of the most sought-after regulators, thought leaders and elected officials in the Bitcoin, blockchain and crypto space.

The event will be held Nov. 17-18 at the AT&T Hotel and Conference Center in Austin, Texas. The Texas Blockchain Council, most often recognized for its mission of making Texas a Leader in Bitcoin and Blockchain Innovation continues to sponsor the effort.

The Summit brings policymakers and experts alike for an unprecedented look through the lens of a state, Texas, that’s bringing leadership to the blockchain space. Last June, thanks in large part to efforts from the Texas Blockchain Council and supportive legislative champions, Texas Governor Greg Abbott signed the Virtual Currency Bill recognizing the legal status of virtual currencies. The law amends Texas' Uniform Commercial Code to provide infrastructure to the commercial laws surrounding blockchain and digital assets. Moreover, the move formally defines virtual currencies and offers individuals and businesses a legal framework for crypto investment and custody.

Attendees at the Texas Blockchain Summit can expect to hear from an impressive array of speakers paving the way for the widespread adoption of blockchain technologies. Confirmed speakers include thought leaders and policymakers from both sides of the aisle and all over the United States including Ted Cruz, Tom Emmer and Andrew Yang. Business leaders such as Peter McCormack, Caitlin Long and Nathan Nichols will also be part of the conversations about cryptocurrency, Bitcoin and blockchain.

“We are thrilled to return to Austin this year for the Summit,” said Lee Bratcher, President of the Texas Blockchain Council. “We’d never miss an opportunity to advocate for bitcoin, crypto and blockchain-centric public policy initiatives. Additionally, we relish the opportunity to educate Texas policymakers and Texans via the expertise through the lens of industry experts who will be taking the stage.”

The Summit serves as the top-shelf industry gathering for Texas, if not the nation, as Federal, State, and local crypto-policy experts work together to fuse concepts into meaningful progress. Those interested in the future of blockchain technology can reserve their ticket today at www.texasblockchainsummit.org.

Following last year’s sold-out summit, the Council anticipates another record-breaking experience. In establishing Texas as the jurisdiction of choice for Blockchain Innovation, the support of Texas policy makers, including and especially Texas Governor, Greg Abbott have made a difference.

“Blockchain is a booming industry,” said Abbott. “And Texas needs to be involved.”

“You can feel the passion that the people of Texas possess,” said Nathan Nichols, CEO of Rhodium inc. and Texas Blockchain Council Board Member. “You can see their grit and real determination to be a part of the future of finance.”

Join us in the pursuit of your blockchain passion at this year’s Texas Blockchain Summit Nov. 17-18 and play your part in establishing Texas as America’s Crypto Capital of the world.