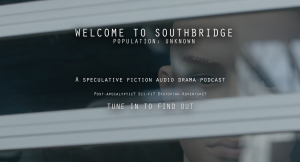 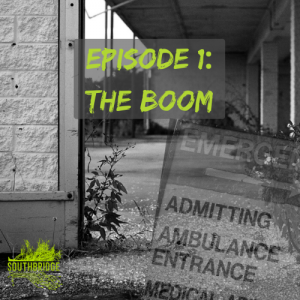 Podcast series SOUTHBRIDGE, explores what happens when the technology we rely on is used as a weapon against us? 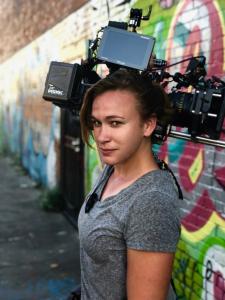 NEW YORK, NY, UNITED STATES, May 20, 2022 /EINPresswire.com/ -- Writer/Director Tiffany Murray unleashes a dystopian world ruled by technology and the rebellion fight against it with the new sci-fi adventure podcast series, SOUTHBRIDGE, premiering on Spotify and other platforms beginning May 24th.

What happens when the technology we rely on is used as a weapon against us? Imagine an apocalypse, inside a reality show, inside a dystopia – welcome to SOUTHBRIDGE. The year is 2050 and reality TV has surreptitiously become a form of societal control, when a group of unknowing stars of an apocalyptic series must band together to escape the show with their lives.

The female-led independent production was recorded remotely during the Pandemic. To assist, Murray compiled a diverse and talented team from around the world, including co-producer/sound designer Seth Kays and composer Katrina Zemrak, who scored the series which will also be released separately as an album.

SOUTHBRIDGE is not only a genre-driven adventure but also a commentary on the media's influence on our society. Murray is excited to finally unveil it for audiences, adding “Having crewed on film sets for over 10 years, I feel like I have a privileged point of view of the ins and outs of how the ‘magic is made’. This inspired Southbridge which, as a whole, is a critique of our industry’s effect on viewers and the dangers of what could happen when the wrong people are put in positions of authority.”

Murray is a professional Cinematographer, Writer and Director based in New York City. She gained attention for directing the award-winning short films, No Cleaner Threads, Handle With Care, I’ll Be Here, and the internationally recognized After The March, a story centered around voting rights and racial injustice during Alice Paul’s hunger strike in Virginia. Murray also previously partnered with Panasonic for the documentary short, Backbone, and mini-doc series, Run Your Race. Her recent experience behind the lens includes season three of the TBS comedy series, Miracle Workers, and Saban Films supernatural horror feature, So Cold The River. She has been developing Southbridge since its inception in 2017 during the filming of her post-apocalyptic drama short, I'll Be Here, which is now available on Amazon Prime. Murray graduated with a degree in Film Production from Middle Tennessee State University.