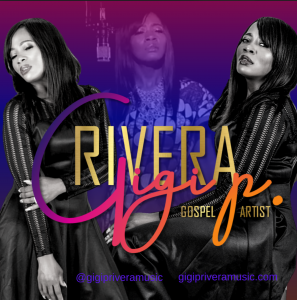 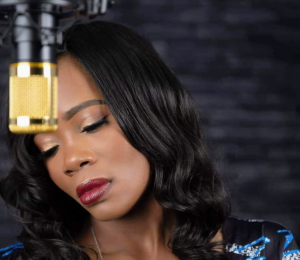 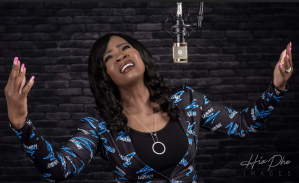 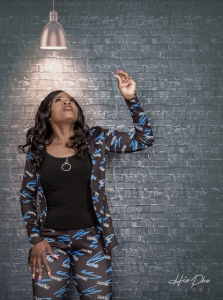 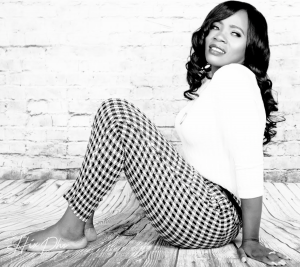 I am from Nine Miles in St. Ann. When I do songs, they must represent where I am from. Plus, music is running through my veins. I breathe music, everything is music for me...it is part of my family,”
— Gigi P. Rivera

DELAWARE CITY, DELAWARE, USA, May 20, 2022 /EINPresswire.com/ -- Gospel singer, songwriter, and CEO of the newly launched label, Gigi P. Rivera Music (GPR Music) is a true 'essential worker'. Rivera is not only an established artist and songwriter, but also a healthcare technician in one of Delaware's largest hospitals, Christiana Care. She was also previously the owner of a home health care agency, but Rivera closed her business for one year in 2020, while continuing to work at Christiana Hospital to fund her projects as a singer and songwriter. Then Covid struck, and Rivera worked on the frontlines throughout the pandemic. She witnessed the devastating effects on patients and their families. Rivera not only performed her duties at Christina during the pandemic, but she often sang to the patients who were isolated (via microphone) to provide them some comfort.

Rivera has been working in healthcare over 19 years, but music has been a part of her life since early childhood. Rivera is 1 of 14 children by Cynthia and Alfred Fowler and was born on the island of Jamaica. She moved to the United States when she was 9 years old and grew up singing in the church choir as the lead soloist, and later directed the youth choir for an additional 4yrs. "I am from Nine Miles in St. Ann. When I do songs, they must represent where I am from. Plus, music is running through my veins. I breathe music, everything is music for me... it is part of my family," said the singer, whose father is Bob Marley's second cousin.

Rivera had kick-started her professional music recording career after being signed to BCA Records. Her first single “He is Here” was released in November 2019 worldwide. Shortly after that, Rivera wrote another song called “Free”, which was released in May 2020. Rivera never let up on the pace as incredible faith-filled singles "Anyway", "Big Up Mi God", "But God", and "Christmas is Here" all consecutively followed.

Having a strong cultural upbringing, Rivera’s music is heavily inspired by her roots. The artist has found strength and purpose through both God and music during her own difficult times and struggles. When the pandemic began to unfold, Rivera stepped up and answered the call. After surviving Covid herself in early 2022, she heard a different calling, and knew she must immediately act. Rivera and the team recorded, created visuals, and re-released "But God" (the remix) under her newly launched label. “But God”( the remix) was a very important and yet personal project for Rivera, as it was created for those affected by Covid.

Rivera and the team created “But God” (the remix) in the hopes that the song would uplift and bring peace to all who hear it. The artists’ prayers go out to the family members who have lost loved ones during the pandemic. And they give thanks to God for those who have survived. Rivera was further led to create the "But God" campaign for fellow survivors of Covid. Contact Rivera about “But God”-the campaign at: superdar2017@gmail.com.