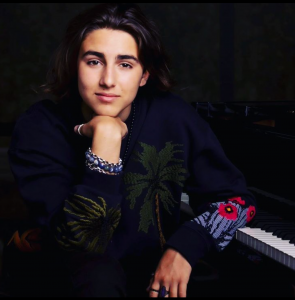 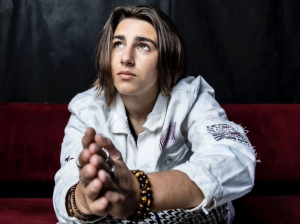 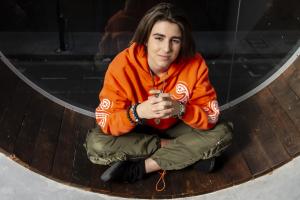 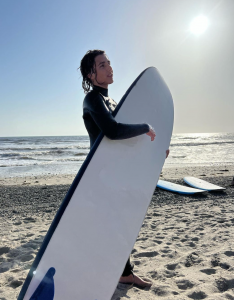 Seeing how harsh life can be in different parts of the world made me realize how important it is for me to act and help when I can. One person can make a huge difference.”
— Dominique Ilie

LAGUNA BEACH, CA, USA, May 13, 2022 /EINPresswire.com/ -- Dominique Ilie is a 14-year-old singer-songwriter, pianist, and guitarist based in Laguna Beach, California. He started his performing career as an actor at the age of 8 and has dedicated himself to his art, developing his passion for pop music with neo-soul undertones. Releasing original music and videos independently since January 2021, his latest release “Sunflowers" dropped in February, has gained widespread attention, rave reviews, and was just added to MTV Spankin’ New.

A passionate clothing line designer, Dominique is anti-fur and exotic leathers, influenced by everything from martial arts to gaming. He is a home-chef, vinyl collector, surfer and volleyball player, and was inspired to follow a career in music by his family's rich and successful musical heritage. Dominique is presently focused on writing new songs with a variety of collaborators while also preparing for multiple shows and festivals throughout 2022. Stay up to date with his upcoming performances at: https://dominiqueilie.com.

Another project Dominique is extremely excited about is his affiliation with Wells of Life Foundation. He loves traveling with his family and meeting people from different cultures. “Seeing how harsh life can be in different parts of the world made me realize how important it is for me to act and help when I can. One person can make a huge difference. I became one of the ambassadors for this amazing charity, which has been digging wells and bringing water to the neediest people of Uganda for more than 10 years. I chose this organization because I know the founder and the people who run it. They are truly amazing people and an inspiration to me.” Dominique Ilie. You can get involved and join Dominique’s team @thewellsoflife on June 11th for the #run4water2022 event in Laguna Niguel! @thewellsoflife. https://www.instagram.com/thewellsoflife/.

Dominique can be found rehearsing with his band for their upcoming shows and writing songs with a variety of collaborators. A prolific songwriter, his biggest dream would be to collaborate with great artists like Tyler the Creator, Kendrick Lamar, and Billy Eilish. His goal has always been to create notable music with the potential for longevity that touches people and makes an impression in their lives. Of course, hitting the Billboard #1 would be great too! If this happened, he could obtain his goal of performing to a sold out audience at the Staple Centre by the time he is 18! Dreams might just come true for Dominique Ilie and they can come true for you too! Simply reach out on Dominique's website or social media and your city might be added to his next tour!