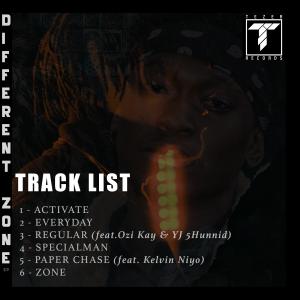 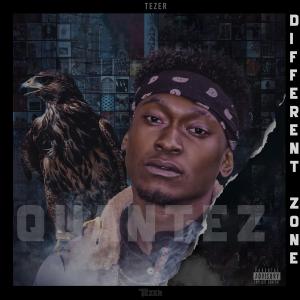 TAMPA, FLORIDA, UNITED STATES, May 19, 2022 /EINPresswire.com/ -- Quantez, founder of the music entertainment collective and independent record label Tezer is a Burundian-born Australian rapper, singer/songwriter, record producer, entrepreneur, and fashion designer. Jean Claude “Quantez” was born on 20th June 1997, in a small town in Gitega, Burundi. Quantez's family moved to Australia in early 2007. Quantez taught himself to sing at a young age and often cites Chris Brown, August Alsina, and Lil Wayne as his inspiration. He was in his church choir and several local talent shows.

THE DIFFERENT ZONE EP ANNOUNCEMENT:
It’s been a while since we heard new music from Quantez and fans are excited. Out of nowhere, the rapper took to Instagram and Twitter to announce his debut extended play “Different Zone” through his independent records Tezer Records, also adding that it will contain around six or seven songs on the playlist. Quantez unveils the artists that will appear alongside him on the project.

On Twitter he twittered that he had lots of upcoming projects that are lined up that could not be included in the Different Zone extended play, Quoting "Got too many up and coming projects coming up, don't know which ones to start on first, I was about to release a new single but since it been a while let me give you something worth your patience on me. Different Zone the EP coming to you sooner than you think"

The extended play will be available on all streaming platforms. Featuring previous singles “Activate” and “Everyday”, and “Specialman”, the six or seven tracks on Different Zone unveil a distinct sonic shift for Quantez.