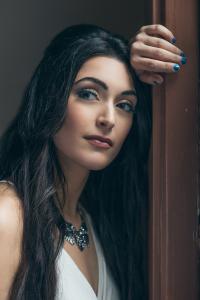 NEW YORK, NEW YORK, UNITED STATES, May 20, 2022 /EINPresswire.com/ -- New York singing sensation, Rae Radick, is heading out on new tour dates. Rae has an endless amount of talent that she pours into her music. Her authentic songwriting allows audiences to connect with her music on a human level, and now, she will be bringing that talent and authenticity to audiences along the East Coast the week of May 23rd.

Rae Radick often describes herself as, “The Love Child of Shania Twain + Miranda Lambert + a dash of New York City.” She recently opened for Miranda Lambert and Brett Young at Citadel Country Spirit Music Festival in 2021, and Broadway's Palladium Theater in Times Square. She's a prime example of the new wave of feminism: fierce yet vulnerable, classy yet authentic, free thinking, and finding your path in a technology based world.
‍
Rae Radick has been a singer/songwriter since she was sixteen. Hailing from Bucks County, Pennsylvania she’s lived in New York City for the past eight years and tours internationally. She's been featured on Front Range Radio, Q-Star Radio, and numerous blog articles as “Artist of the Week.” She’s performed at the Hilton Hotel in Atlantic City, Fox and Friends, Shea Stadium, Intrepid Museum, Queen Mary in San Diego, Brooklyn Bowl, The Bitter End, Rockwood Music Hall, Red Lion, and Pete's Candy store to name a few. She also creates original music for feature films. Mixing her Pennsylvania roots with New York City’s spirit, her sound is a supreme balance of pop and country.
‍
Her influences of artists such as Shania Twain, Maren Morris, and Fleetwood Mac are transcendent in her sound. Struggles of relationships, growth, nostalgia, and freedom are continuous themes that appear in her writing.

Be sure to follow Rae Radick on socials, and visit her website to find tickets, tour dates, and all things upcoming projects!

“UNDER PRESSURE: New Works by…

MEET Connects with Hundreds of…

On a Mission for “One…