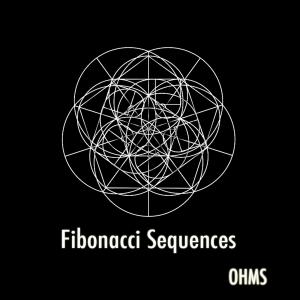 OHMS Fibonacci Sequences is the first album release from hip-hop producer OHMS, it includes 9 new and never before heard out of this world, elegantly crafted & produced Hip-Hop instrumentals that are very intriguing and philosophical. Are you ready for OHMS - Fibonacci Sequences!
,
Disclaimer: This type of instrumental music has the power to really mesmerize your mind, the album is so great and enchanting that it can lead to a trance-like state in your awareness! So when you load up your music player or stereo system and go out for a drive or a nice walk or a jog, your sure to see the world from a different perspective with OHMS-Fibonacci Sequences.

Recorded, produced, and mixed entirely by New York City based producer OHMS, this album contains 9 lush tracks including: Searching For Something New, It Doesn't Matter Much, Jazz Swing, Leroy Jenkins, Ohms Riddim, What Will Be, Many Places, Prism & Fibonacci.

This great CD album has all the makings of a classic beat tape, finally, the great OHMS - Fibonacci Sequences has touched down, releasing this week on Digital Download, Stream, Cassette, CD & Limited Edition Vinyl LP!

OHMS - Fibonacci Sequences is released on, May 20th, 2022 on Digital Download, Compact Disc, Cassette & Limited Edition Vinyl! The vinyl is so limited that only 50 copies were ever made, so owning one of these will be truly impressive!

THE OFFICIAL INSTAGRAM PAGE OF 360 SOUND AND VISION:
instagram.com/360soundandvision/

THE OFFICIAL TWITTER PAGE OF 360 SOUND AND VISION
twitter.com/360SAV