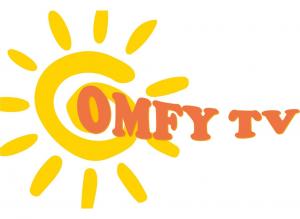 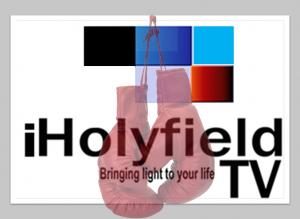 The networks can now be accessed across America, from New York to Los Angeles. Maybacks Global & Showfer Media are pioneering partnerships in Asia that extend its reach on a global scale.”
— David Zucker
NEW YORK, NEW YORK, USA, May 17, 2022 /EINPresswire.com/ -- Mavericks Independent Baseball League signs Broadcast Deal with Maybacks Global Ent., LLC to jump on board with Comfy TV and iHolyfield TV Network(s)

The Mavericks Baseball League’s season has 96 Games plus 3 Playoff Games. Comfy TV will be airing Games every weekend, on local TV stations across America, including major markets such as Boston, New York City, Los Angeles, Fresno, and other outlying communities reaching middle America and rural communities throughout the Country.  iHolyfield broadcasts will carry the Games in Metro-Urban centric cities such as Detroit on Detroit Live 33, cable, including Miami, throughout Louisiana to Jackson MS.  Comfy TV will be airing the Games, as a partial affiliate on other national networks that have over 50 million viewers including one of the top-rated Spanish TV networks. The Games will also be tuned in via satellite that contract with six countries including South and Central America.  Comfy TV will be able to extend their “Game Time” to their affiliate content partners including an app called iDream TV, currently on-boarding to 50 million Smart TVs.

Another licensing affiliate of Comfy TV, Awesome TV network, with worldwide subscribers, and the ability to broadcast the Games throughout India and Dubai. Awesome TV is the most watched, engaged and followed Global South Asian Network from New York, USA.

Comfy TV is featured in Freecast’s “Select TV,” a Hybrid IPTV and digital platform that carries much of the major networks and niche TV; along with Comfy’s affiliated TV networks. Reaching an Epic Fan-Base of approximately 15+ million Subscribers

David S. Zucker who is Director of Distribution, at Maybacks Global Entertainment, LLC, is in talks with other Leagues and college-university summer Leagues. Zucker feels there are many exciting baseball leagues to watch and trying his best to bring back the old traditional days of Baseball. David feels that you’ll be watching some of the future players that make the Majors.

Across America and beyond, countless people ‘cutting-the-cord,’ due to the high cost of cable and rediscovering the joys of free TV, thanks to a pioneering TV network broadcast provider, doing projects throughout the Country to help make America Better! And connecting to as many communities as possible, and all the people, all over the world. With households hit-hard by rising costs—and cable subscriptions costing more and more—millions are ready to ‘cut the cord’ and relive the ‘good old’ days of free network(s) on TV. Maybacks Global & Showfer Media are making that transition possible by delivering first-class entertainment readily available at no cost, connecting to as many communities as possible.

Viewers can enjoy a comprehensive and growing package of diversified family entertainment channels that put quality first. The Maybacks Global & Showfer Networks include channels dedicated to sports, movies, sci-fi, westerns, children’s programming…and much more. All channels on the network can be accessed for free through Smart TV apps or received directly by a small TV antenna. As a result, connecting millions that can tune into wonderful programming without having to pay through the nose!

David S. Zucker of David Zucker Productions, spearheads rebroadcasting for many station owners, and the creation of this pioneering, free TV, the way it used to be. He says: “Free, quality TV is back. No more spending of hundreds per month seeking news, sports and entertainment.  Maybacks and Showfer connect millions of viewers to programming that meets their demands, 24-hours a day, plus innovative sports coverage, motor racing, top branded fashion runway, and more—all beamed directly into your living room. It’s a revolution! Keep connected, join us and how people enjoy TV in the 21st century, take charge of your destiny, follow the pioneers and the re-branding of free TV!”

The secret of the networks’ success is working in partnership with TV broadcasters such as the New York Spectrum Holding Company, along with broadcast technology specialists such as, Antennas Direct. The results are groundbreaking! New entertainment packages delivering multiple targeted channel programming, offering millions of people free access to the kind of TV that they will love.

The networks can now be accessed across America, from New York to Los Angeles. Yet this is just the start. Maybacks Global & Showfer Media are pioneering partnerships in Asia that extend its reach on a global scale. This new era, of free quality TV, is only just beginning in keeping people connected to the news and shows they want to see. Making America better and --helping people help themselves.

About the Company: Maybacks Global & Showfer Media is a specialist broadcaster founded by veterans with decades of industry experience. The company leverages technology change and superb content curation to deliver a unique, inspiring entertainment experience for all. For further information contact: David Zucker: david@maybackstv.com

About Awesome TV: Awesome TV: Your source for Bollywood, Hollywood, and Original entertainment at home or on the go. Watch anytime, anywhere on any device for FREE.