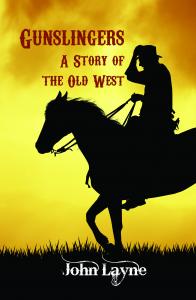 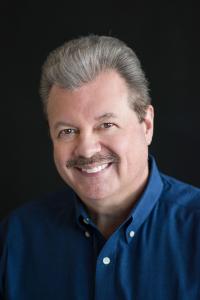 I'm honored to join the ranks of so many fabulous and talented authors that have won an IPPY and am excited for the release of Return to Canyon Creek on August 1, 2022.”
— John Layne

ALLEN, TEXAS, UNITED STATES, May 18, 2022 /EINPresswire.com/ -- Labrador Publishing is proud to announce that author John Layne received a Silver Award in the West-Mountain Best Regional Fiction category of the Independent Publisher Book Awards (IPPY) announced on May 4, 2022, for Gunslingers: A Story of the Old West (Labrador Publishing 2021, 2nd Ed.).

This is the seventh literary award for Gunslingers including a Gold Winner of the American Book Fest 2021 International Book Awards in the Fiction: Western category, a 2021 American Fiction Award Finalist Adventure: Historical and Western categories, and a finalist in the Historical Fiction (Pre 1900s) of the Next Generation Indie Book Awards. It is the eleventh overall award thus far for John Layne’s Old West trilogy.

Gunslingers: A Story of the Old West is John Layne’s inaugural, international award-winning novel set in the Old West packed with family drama, action, and adventure. In this, Book One of the Luxton Danner Series, author John Layne tells the story of Joel Thornton and his daughter Elizabeth, as they seek frontier justice with legendary U.S. Deputy Marshall, Ben Chance.

John Layne, author of both books said, “I'm honored to join the ranks of so many fabulous and talented authors that have won this prestigious award.”

About John Layne:
John is an international, multi-award-winning author of Western Fiction. He is also a screenwriter and actor, recently appearing in 1883 A Yellowstone Origin Story and the film A Dark Destiny. His passion for history and the classic western genre inspired him to write short stories and three novels about the Old West along with his first feature film screenplay adapted from his second novel, Red River Reunion. All are classic westerns set in 1870s Texas. www.johnlaynefiction.com @johnlayne.entertainment