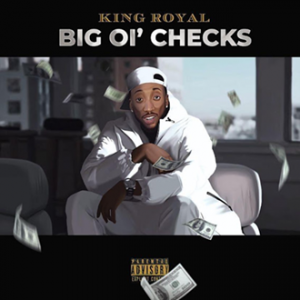 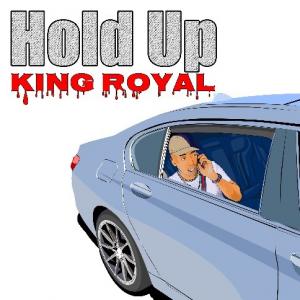 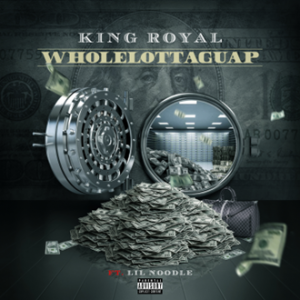 HIP HOP IN THE INLAND EMPIRE WITH KING ROYAL WHOLELOTTAGUAP

“I want others to know that I was birthed from the seed of hustlers. I made a choice to seek an education, understanding that knowledge is power. King Royal is what the culture needs…..Hip Hop”.”
— King Royal
FONTANA, CALIFORNIA, UNITED STATES, May 19, 2022 /EINPresswire.com/ -- King Royal, Inland Empire native, is back with a new anthem called “Big Ol’ Checks”. Hit single “wholelottaguap” elevated his status as the most watched HipHop artist in the region. His social media presence steadily rises as he powers up a new sound and brings honor to the IE. The teaser sizzle tantalized fans, then the single dropped April 29th with an immediate response from followers across all levels of social media from Instagram to Spotify and Amazon. On the new track, King Royal sets the mood by hopping on a captivating beat, expressing the Inland Empire’s need for his presence. The enticing chorus is playful, talking about that delicious feeling of receiving a Big Ol’ Check. Streams are blowing up and social media is on fire as the world awaits the rapper’s upcoming studio album. “Empire’s Most Wanted” presented by Royal Diamonds Entertainment, LLC. The album releases in the summer to create the summer celebration and the return to clubs. The party is just beginning. Backed by his hometown, his music is contagious, devoured by Spotify, Apple and Tidal, King is featured in media, radio and podcasts across the globe. King Royal just got the party started.

King Royal speaks truth as he creates a higher standard for Hip Hop. The entrepreneur is a California native from The IE (Inland Empire, CA) with an eye on the future. He is a storyteller, with a lyrical vehicle that defies genre as he glides between categories to engage listeners in a journey with stark variances in cadence, verbiage and beats to seduce ears with the beauty of sound and the mind with realities of an out-of-control world. The eclectic artist is articulate with precision language and street with the visceral beats that engage and include demographics beyond devotes to segments of the music industry. As a producer and lyricist his choice of precise language enchants growing audiences, blowing away all genre labels and the inherent skepticism between styles. Thought-provoking universal themes devour lines that divide styles with image and beats venturing into R&B smooth to recapture attention with drill music’s sharp beats that grab attention. His goal is to focus on inspiring others to manifest their dreams and believe on a higher level of life. His quest is to deliver meaningful bodies of work. Substance must balance music, creating his unique deliverance of the unmistakable King Royal Hip Hop sound. The purpose is to encourage rap culture to be Hip Hop again with the heart and passion of upwardly mobile audiences with dreams.

King Royal has a natural business savvy, discovered, and fostered by his father/business partner at a young age. King Royal has positioned himself to cultivate his legacy, inspire hope into his generation through black excellence and continue to propel the spirit of Hip Hop. He studied the iconic greats like Tupac, Lil Wayne, Jay-Z, Drake, Rick Ross, and Kanye West to blend his own style. At 16, he released his first mixtape,
“Total Royalty”, which inspired his second “Total Royalty II” and gave birth to his drive to go beyond entertainment and sound to create a platform for words that need to be spoken. When he dropped the video “War In The Streets”, leading to the release of the album, the response confirmed his destiny. The next years were spent completing a degree in Business Administration, Minor in Marketing. An entrepreneur to the core, he concentrated on building his brand, including a fashion line, honing skills in his music and business practices to ensure success. He learned the importance of purchasing and owning the barcode. He removed all projects from streaming platforms to secure ownership of the barcodes. He concentrated on his message embracing emotions, family issues, social ills and all common threads that unite or divide mankind. Disappointed in media coverage of The IE he chose to elevate regional awareness. King Royal built his empire and shared his pride in the IE, a California hidden gem, as a prominent part of his journey.

Royal and Troy James Ivery crafted a strategy to build a brand designed to uplift and inform. From Total Royalty clothing and merchandise to music, Royal Diamonds Entertainment, LLC, is built to encourage and inspire generations needing role models.