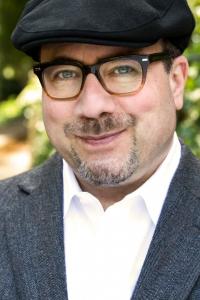 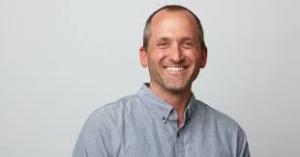 We have created an approach to training that simply does not exist anywhere else: a tuition-free professional journalism program embedded in a local public radio station”
— KALW Interim Executive Director Ben Trefny
SAN FRANCISCO, CA, UNITED STATES, May 19, 2022 /EINPresswire.com/ -- Today, KALW Public Media — 91.7 FM San Francisco Bay Area and KALW.org — announced a $5,000 grant from Craig Newmark Philanthropies. This gift will help KALW to continue to fund its decades-long training programs, including the KALW Audio Academy that is changing the voice of public media by providing diverse and talented trainees the skills to produce high-quality public-interest audio journalism. The KALW training program has had an increased focus in recent years on providing trustworthy journalism that cuts through disinformation — one of the focus areas of Craig Newmark Philanthropies.

KALW Interim Executive Director Ben Trefny said, “We have created an approach to training that simply does not exist anywhere else: a tuition-free professional journalism program embedded in a local public radio station with a strong commitment to local journalism and diverse representation.”

The Audio Academy is a nine-month training program that teaches adults who want to develop a media career, and KALW additionally provides a four-month summer training program for aspiring journalists. Alumni are now working and influencing radio stations, newsrooms, and podcasts across America including at NBC, NPR, the Washington Post, Snap Judgment, Reply All, and other outlets and programs.

KALW has also worked with hundreds of teenagers throughout the San Francisco Bay Area, providing training in media awareness, criticism, and production. “It’s amazing that KALW goes into high schools throughout the year to work with students on media literacy, writing, and using their own voice,” said Chosang Tenzin, graduate of KALW’s Summer High School Podcasting Institute. “My experience with KALW allowed me to look at the world from a new lens and recognize the potential of stories everywhere.”

Additionally, KALW has worked for nearly a decade in Northern California prisons, training people who are incarcerated in the art and craft of journalism, storytelling, and audio engineering to provide vocational and interpersonal skills that benefit them when they re-enter civilian life. Governor Gavin Newsom cited work on KALW's podcast Uncuffed in commuting the sentence of a recently returned citizen.

Craig Newmark Philanthropies was created by Craigslist founder, Craig Newmark, to support and connect people and drive broad civic engagement. The organization works to advance people and grassroots organizations that are getting stuff done in areas that include trustworthy journalism, voter protection, gender diversity in technology, and veterans and military families. For more information, please visit CraigNewmarkPhilanthropies.org.

We began broadcasting on September 1, 1941 — a full thirty years before the creation of NPR. Our broadcast license was obtained and continues to be held by the San Francisco Unified School District.

KALW created the first FM broadcast training program in the country and it trained women in radio broadcasting during World War II. KALW continues this tradition with the Audio Academy, a nine-month, tuition-free journalism training program, as well as its Summer Podcast Institute for teens and its Uncuffed radio training program inside San Quentin and Solano State Prisons.

KALW has a track record of programming innovation: it was the first station in the Bay Area to air Fresh Air, This American Life, Snap Judgment, and The Daily. It was also the first station to air the BBC in the Bay Area, and was for decades the BBC’s station of record in San Francisco. KALW is the birthplace of podcasts 99 Percent Invisible, Radio Ambulante, The Stoop, and The Spiritual Edge, and the work of its producers and trainers have led to production of influential media projects around the world.