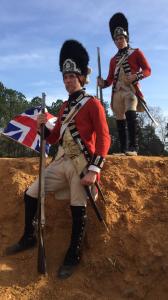 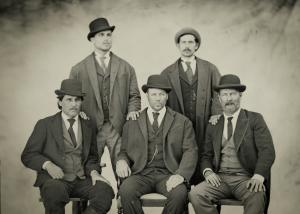 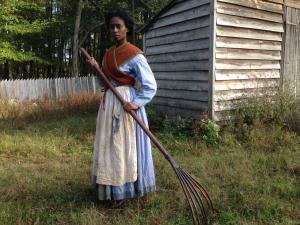 We fabricate our costumes with perfect authenticity to provide perfection for the camera, while meeting all budgetary needs.”
— Kevin R Hershberger

RICHMOND, VIRGINIA, UNITED STATES OF AMERICA, May 17, 2022 /EINPresswire.com/ -- Historical Wardrobe of Richmond, Virginia exclusively provided costumes for hundreds of characters across two centuries to help bring the stories of America's past to life for two new historical TV Series’ currently airing on Fox Business and the streaming service Fox Nation.

Currently airing each Thursday night with two back-to-back episodes starting at 8:00 pm eastern - the Fox Business Series “Legends & Lies” features dramatic recreations about historic events, including the founding of America, the Wild West, and the Civil War. Historical Wardrobe designed costumes for and dressed hundreds of actors and extras for all thirty-four episodes.

Also featuring costumes from Historical Wardrobe is the new Fox Nation Series “Kelsey Grammer’s Historic Battles for America,” which look at “eight key battles that left an indelible mark on this nation,” including the Revolutionary War, the Texas Revolution, the Civil War and the American Indian Wars. The eight-part series can now be streamed on the subscription platform.

For ‘Legends & Lies,” the majority of the clothing was made from natural fibers such as cotton, linen, wool or silk. The costume team even fabricated exclusive garments for the principal characters from original clothing and patterns to provide the most historically accurate touches possible -- such as hand sewn button holes, and hand top-stitching for camera close-ups.

Historical Wardrobe is a subsidiary of LionHeart FilmWorks and is managed by historian and Emmy-Nominated filmmaker Kevin R. Hershberger

"We have fabricated our costumes with perfect authenticity and by using our honest experience to provide perfection for the camera, while at the same time meeting all budgetary needs,” claims Hershberger. ”We know production -- not just facts and fabrics."

About Kevin R. Hershberger
Emmy-nominated director, screenwriter and producer, Kevin R. Hershberger's productions have been awarded more than 70 national and international film festival and industry awards. Hershberger is himself a historian and veteran, having served as a Military Intelligence Officer in the United States Army.