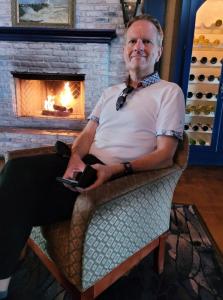 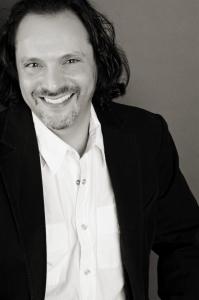 Virtual Learning is a key factor to drive equality across the globe, but recorded videos can only do so much compared to physical education as we have all learned during the pandemic.”
— Hans Hansen, CEO of BRAND3D

GREENWICH, CT, USA, May 10, 2022 /EINPresswire.com/ -- Fotis Georgiadis, owner of the blog by his namesake, is a branding and image consultant specialist with a robust background and is a visionary interviewer. With a knack for pulling out a well-rounded interview, not only covering cutting edge technologies and corporate directions but also bringing out the personal side of the interviewee.

AR, VR, Metaverse, etc were all words and acronyms that until recently you may not have even heard of. Marketing put them at the forefront of most peoples minds and daily lives. Fotis Georgiadis can do similar for your company, your product, bringing more clients and enhancing the market view as well. Reach out to him at the below contact options to get started now.

-
Hans Hansen, CEO of BRAND3D
What are the 3 things that concern you about the VR, AR and MR industries? Can you explain? What can be done to address those concerns?

The big players in the industry are involved in arms races to “own the value chain” for the Metaverse based marketplace for the future. Facebook/Meta is using its Oculus headsets to create a very closed and technically challenging platform for smaller businesses to tap into; this could continue to delay the adoption of the full potential of the industry.

Other tech giants, such as Epic Games has announced similar “closed worlds” being in the works with their partners. This is the most concerning development as 3D on the web provides an open, levelled playing field for all businesses to participate.

Another concerning fact is the related inequality that these closed and tech requiring Metaverse platforms create. It would be very difficult for users in developing countries and low-income regions to participate if access to the Metaverse remains behind a barrier of having to invest in expensive headsets and other closed technology.

Finally, there is the sheer realism posed by VR based Metaverses of the future. When the technology finally catches up with the ambition of the software companies creating these worlds, there may be very little need to ever enter the real world. Just as in the recent Ready Player One, the physical world may end up being much poorer and less attractive reality than that available behind the VR glasses. This could essentially create behavioral patterns of escapism; a condition known of people who take various drugs to get away from an unpleasant life. We are not anywhere near this being possible with the current technology, but in 5–10 years, I would expect the virtual worlds to be very realistic. I once had an employee — one of my best developers — who was calling in sick several times a week, and when he did show up, he looked like he had barely slept. It turned out that he was playing an online game called Everquest, where he had become one to the top-ranking officers in an army. This to him became a lot more attractive than his day job as a software programmer. I think we may see much more of this in the future as the Metaverses become increasingly immersive.

Read the rest of the interview here

-
Brian Shuster, Founder & CEO of Utherverse.io
Can you share five of the best words of advice you’ve gotten along your journey? Please give a story or example for each.

I feel like I’ve been swimming against the current for my entire career. I was pitching the internet to venture capitalists and was told that the internet was a fad–nobody understood it. I am my own best council here.

Real disruptors don’t often get good advice because they are the ones forging their own path. The best advice is the advice I’ve given to myself– Every idea doesn’t pan out to be good, you have to fail a lot and recognize what’s going to succeed as early as possible. The key is being able to discern an outcome as early as you can and you hone that skill through trying and failing.

We are sure you aren’t done. How are you going to shake things up next?

I am building a whole new connective interface for the web. I am pretty booked up on that but I am also shaking things up in other ways. I have solved a massive physics equation and am going to release an animated series called “Physics Unraveled,” we are in production right now and at the end of it I will be solving an equation Einstein was working on for his entire life–unifying electromagnetism and gravity. I am also releasing a cannabis accessory that totally transforms the way cannabis is consumed called the Helium Haze. It is massively different from anything that currently exists–it’s in production right now.

I think the entertainment aspects of VR, AR and MR are apparent. Can you share with our readers how these industries can help us at work?

AR has already proven invaluable in mapping 3D objects to real-world camera views. Doctors use this technology to provide information on help diagnose problems and virtual technologies are widely used in training and specialized education such as machine repair and simulations. Hazardous scenarios can be simulated and allow first responders to train their reactions without actually creating the underlying often dangerous events.

You can reach out to Fotis Georgiadis at the below-listed website, email and social media links to discuss how he can help your brand and image.