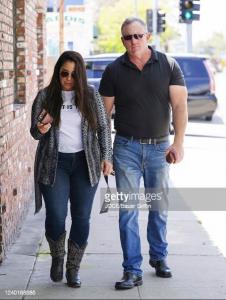 Liana Mendoza and Gregg Sharp at their Burbank offices 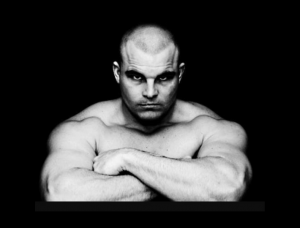 The unique idea was conceptualized by Gregg Sharp and he enlisted the help of his new business partner, the multi-faceted Producer, Director, Writer Liana Mendoza in a Joint Venture to make this action-packed original concept from Gregg come to life.

The series is set to film in multiple locations throughout the United States and has secured distribution offers in place. Sponsors are currently lining up meetings with producer’s trying to get their products, advertising and endorsements worked into the show. And it’s no wonder, The series has a promising and whopping analytics of over 100 million viewers, ages 8-80, expected to watch this highly competitive television series.

One of the highlights of the show is the fact that the show is securing World Arm Wrestling Leauge’s Travis Bagent who will host the series. With former rivals Devon Larratt, Dave Chaffee, John Brzenk and more to come, Travis “The Beast '' Bagent doesn’t really care what you think of his swagger. He’ll back it up on the table and is the self -proclaimed “baddest dude” on the planet.

Professional arm wrestling is a unique niche and community that sets itself apart in many ways. From the talent involved to the trash talking allowed during competition; it’s all fun and games. The competition is fierce this year with plenty of surprise guests that are sure to leave a riveting performance and entertain us with their unruly and unexpected personalities.

Many competitors who are already big names in the field have shown interest in being part of the series. It’s a show everybody will watch and is set for an early 2023 release. “I think the most important thing is attaching the right talent” says Gregg, “and we’ve done just that”. All of the professional competitors are preparing to go head to head with their opponents in real time and for real cold hard cash, it’s an exciting time.