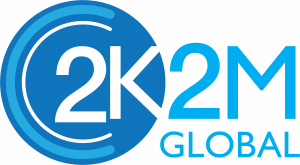 TAMPA, FLORIDA, USA, May 12, 2022 /EINPresswire.com/ -- Tampa, FL...Following the attacks of September 11, 2001, a 12-man team of U.S. Army Green Berets inserted deep in northern Afghanistan to aid local partisans in their unconventional war against the Taliban. Over a course of two months, the Green Berets advised Afghan commanders and directed a massive air campaign to rout the Taliban from power. It was the most successful unconventional warfare campaign in modern history. The Americans were dubbed “The Horse Soldiers” by Western media reporting on their triumphs. The team’s exploits have been portrayed in the Hollywood movie 12 Strong and the Emmy nominated documentary Legion of Brothers. A monument to their honor, was erected at Ground Zero in New York City. Swords of Lightning is their story, told from their point of view for the first time, with never-before revealed details and insights of the campaign, their struggles, and how close they came to failure and death. This story as written by the Horse Soldiers has never been told directly from the men that shared the experience first-hand. It is a must read for all interested in history and war. The book will be unveiled in Tampa on May 15th during the SOFIC Conference hosted in CENTCOM territory. Mark, Bob and Jim will be on hand to present their stories to top military industry, business and political leaders in an intimate setting that will be enlightening to all attendees. As part of this event, Film Director, Dan Myrick will be producing behind the scenes coverage for a documentary on this story. The film is scheduled to be released in the fall of 2022. The event is sponsored by Visit Tampa Bay and Autoslide, LLC.

About the Authors
Mark Nutsch, Former U.S. Army Special Forces Major A native of the Kansas, Mark served for 24 years in the Army, as an Infantry, 75th Ranger Regiment; and Special Forces officer with unique combat and leadership experiences. As America’s response to the attacks of 9/11, Captain Nutsch led one of the first “Task Force Dagger” combined teams of CIA, Special Forces A-team (ODA-595), and Combat Controllers into Northern Afghanistan. Advising the armed resistance leadership against the Taliban and al Qaeda they spearheaded unprecedented Unconventional Warfare operations, while mounted horseback. It resulted in the liberation of 6 Northern Afghanistan Provinces within weeks. Recognized as the catalyst for the collapse of the Taliban Regime and expanded pursuit of al Qaeda terrorists. Featured in various books, museums and as a guest speaker. Mark, his wife, and the 595 team are featured in the Emmy nominated documentary film “Legion of Brothers”. Mark is portrayed by actor Chris Hemsworth in the feature film by Jerry Bruckheimer Studios entitled ”12 Strong”.

Bob Pennington, Retired Senior Warrant Officer served in the Army for thirty-plus years and is a Georgia Native. He’s commanded Green Berets in combat and trained candidates attending the Special Forces Q-Course. Pennington has written military doctrine, as well as lectured and consulted on film, books, and military monographs. He was recently inducted as a Distinguished Member of the Special Forces Regiment and the Georgia Military Veterans’ Hall of Fame. Bob is the recipient of many combat and peacetime awards, to include the Legion of Merit, Bronze Star Medal with Valor Device and two oak leaf clusters. He also received a Special Commendation from the Governor of Georgia and honored through a State Resolution by the Georgia House of Representatives for his military service. He is a lifelong member of the distinguished Office of Strategic Services (OSS) Society. Bob, Mark and their business partners operate a nationally growing, craft whiskey distillery brand, American Freedom Distillery, featuring their premium award-winning Horse Soldier Bourbon.

Jim DeFelice, Author or Co-Author of sixteen New York Times bestselling books, including American Sniper and Everyman a Hero. He has written over fifty fiction and non-fiction books, including sixteen that have made the New York Times best-seller lists. Among his recent nonfiction works are EVERY MAN A HERO, a memoir based on the World War II service of Combat Medic Ray Lambert. The book won the 2019 Army Historical Foundation Distinguished Writing Award. An international blockbuster with over 5 million sales, AMERICAN SNIPER (2012) detailed the life and service of Navy SEAL Chris Kyle. Made into a record-breaking blockbuster movie starring Bradley Cooper and directed by Clint Eastwood. His work in video games includes Afro Samurai: Revenge of Kuma, and Ace Combat: Assault Horizon, the number one selling air-combat franchise in the world. A winner of the Army Historical Foundation Award for his writing, he lives in the Hudson Valley.

About Autoslide, Autoslide LLC has been in the commercial automation business for over 25 years. Using their expertise in door and window automation, they developed Autoslide, an automatic sliding door and sliding window system. The company won the Australian Design Award for excellence in product design and product efficiency for their modular commercial automatic door systems. The automation system can be installed with any existing sliding door installation. Easy design, easy to install. https://autoslide.com/