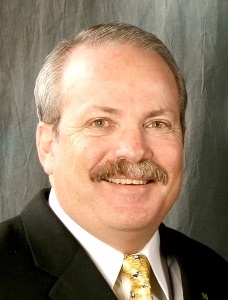 The International Chiropractors Association congratulates former President, Dr. John Maltby on Appointment as President of the World Federation of Chiropractic

Chiropractic should be available to everyone, regardless of their circumstances or where they live.”
— Dr. John Maltby
FALLS CHURCH, VIRGINIA, USA, May 25, 2022 /EINPresswire.com/ -- The International Chiropractors Association (ICA) congratulates our former President, John Maltby, DC, FICA on his election as President of the World Federation of Chiropractic (WFC) this past weekend in London. As a founding member of the WFC, the ICA looks forward to working with our WFC member country colleagues and Dr. Maltby on expanding access to quality chiropractic care and chiropractic education worldwide.

Dr. Selina Sigafoose Jackson, current ICA Board President stated, “Congratulations Dr. Maltby on this election. I look forward to working with Dr. Maltby and the WFC on raising awareness and increasing access to chiropractic worldwide while promoting chiropractic as a separate and distinct profession with its own science, art, and philosophy through which as doctors we work through the chiropractic adjustment to remove interferences to the bodies innate ability and increase function overall. Congratulations as well to Dr. Kendra Da Silva of South Africa on her continued role as WFC Vice-President, and Dr. Ryan Coster of New Brunswick on his election as the WFC Secretary-Treasurer.“

Dr. Maltby, of Blythe, California was named the 17th President of the WFC and will serve a two-year term. Dr. Maltby has served on the WFC Board of Directors since 2015 as one of five North American region representatives. Since graduating Palmer College of Chiropractic in 1977, Dr. Maltby has maintained an active private practice and been an active member of the ICA. Dr. Maltby served as ICA President from 2005-2009, and then served as Chair of the ICA Board from 2009 to 2013. In 2007, Dr. Maltby was elected Chiropractor of the Year.


Beth Clay, ICA Executive Director stated, “Dr. John Maltby has devoted the last 45 years to service to humanity through chiropractic. He has been engaged at the policy, education, research, and practice levels and served in leadership roles of organizations at the state, national, and international levels, all while serving the public in his private practice in Blythe. Dr. Maltby is a notable example of someone who focuses on servant leadership. He also understands the key principles of evidence-based, patient-centered care are an application of scientific research, clinical experience, and patient needs to provide effective care and improve patient outcomes. ICA looks forward to working with this new administration of the WFC.”

After being named President of the WFC, Dr. Maltby stated, “I am very excited to have this opportunity to impact the future of chiropractic internationally by serving in this position. Chiropractic should be available to everyone, regardless of their circumstances or where they live.”
###