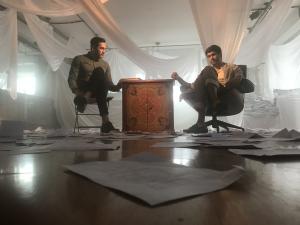 Scene from Not Out 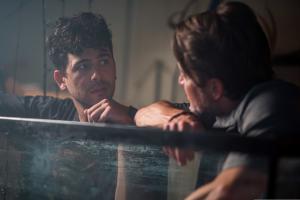 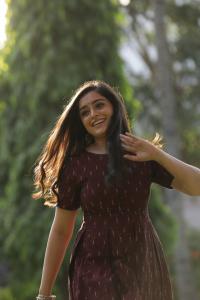 Scene from Man of the Match 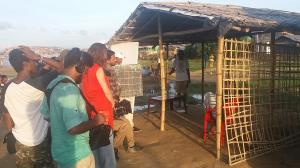 This movie is a great drama. An honest visit to what emotion needs.”
— Dennis Cieri, festival founder
NEW YORK CITY, NEW YORK, UNITED STATES, May 22, 2022 /EINPresswire.com/ -- This year's NYC Independent Film Festival once again showcases some of the top drama productions. Love, of course, remains the most favorite theme of filmmakers around the world. We also see that at this festival. But the NYCindieFF also takes the viewer further and brings some other surprising themes.

BETWEEN ROOT AND WINGS is a superb Brazilian movie about deep soul-searching into love, needs, desire, fantasy, suppression, all told through a rich mirage of story-telling framework and a nicely-selected cast. The movie is about a family falling apart. Vera decides to leave home after finding out that her husband Eugenio, an ethics professor, becomes involved in a love affair with a student. After sixteen years, she goes in search of her self-love, the way to find herself again. While Eugenio, a man of middle age, allows himself to live a jovial love, his son Robinho, a teenager, has problems with the broke up of his parents. Bravo to the production, who have done it beautifully and superbly.

BORROWED originally started as a Broadway play. But when writer Jim Kierstead saw that road closed due to the covid pandemic, he adapted the story into a film script. And luckily so, because Borrowed is a great drama. An honest visit to what emotion needs. The story is about David, a middle aged painter and former Navy officer living in a secluded but beautiful shoreline house in the Florida Keys, who breaks his willful isolation to do a portrait of a very special guest: young, edgy and openly gay Justin. But as the date takes an unexpected turn, David must do everything in his power to keep control of the situation while discovering Justin's true intentions.
Main roles are played by Uruguayan-New York actor Jonathan Del Arco, best known from Star Trek, and Hector Medina. Filmed on location in Miami and New York.

Special attention also for some Indian drama productions at the NYC Independent Film Festival. NOT OUT is an honest love story about how sadly sometimes love is not enough to keep two people together. It tells the story of Siddhant, an internationally acclaimed poet and his former gay lover Rahul, a famous Cricket player for India. Siddhant recounts the story of his lost loves and the trauma he has experienced throughout his life as the source of his poetry. Meanwhile, Rahul, now married to a woman for appearances sake is drowning in alcoholism. It's also a film on the enormous social pressure that conservative Indian society imposes upon young people. In NOT OUT most of the dialogue is written as a poem. It takes moviemaking to a new level.

MAN OF THE MATCH, another Indian production, may also be about human relationships and behavior, but has a completely different character from the previous film. In MATCH, an actor who is out of work, plans to direct a movie himself. But to get the 'best' out of his actors, he conceives the ominous plan to pit them against each other and create conflict. One of his actors therefore decides to take on the director.
According to MATCH director Satya Prakash, the film is set in this digital and social media era, where all our private moments are always prone to be public and someone’s life is another’s fame & earnings. A movie with the same chaotic a Tarantino film can have.

BIRTHLAND by Bangladeshi director Proshoon Rahmaan, is about the country's most sensitive topic: the reception of hundreds of thousands of Rohinga refugees from neighboring Burma. Hundreds of thousands of people live in appalling conditions in camps, exposed to hunger, violence and rape. In the movie we see Sophia, a pregnant young woman, who doesn’t want to give birth to her child at a refugee camp. She is looking for a brave man who will help her to go back to the place she was born herself. But life offers her something else, which is unusual and unexpected.
BIRTHLAND, filmed entirely on location in a refugee camp, is a movie that gains power with the war in Ukraine in the back of your mind. It's 100% drama but feels like it was somewhere between a documentary and a work of fiction.

If you want to visit the NYC Independent Film Festival and see one of these amazing films, please obtain your tickets at the festival website.