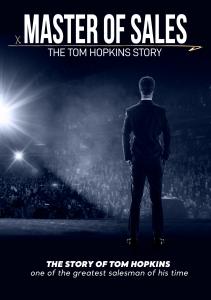 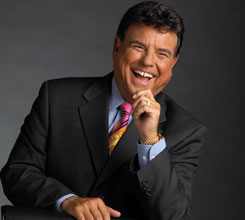 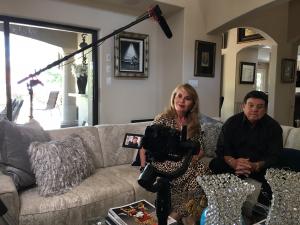 As an inspirational motivational speaker and millionaire maker that transformed the lives of millions, he is considered as one of America’s greatest salesmen

CLEVELAND, OHIO, UNITED STATES, May 2, 2022 /EINPresswire.com/ -- March 27, 2022 BVS Film Productions, LLC announces the early premiere release of Tom Hopkins, Master of Sales, a documentary that profiles the life and rags-to-riches success of one of America’s greatest salesmen, Tom Hopkins. His seminars and books influenced the lives of millions over five decades, and the new documentary not only reveals Tom’s legendary charismatic style and techniques, but also features an impressive list of business luminaries that attribute much of their success to his teachings.

“Tom Hopkins is a true American success story”, states Dan Portik, owner of BVS Film Productions. “His books and seminars have played a pivotal role in helping hundreds of thousands of people transform their lives for the better. After a glorious career of training over five million people on five different continents, Tom has recently announced he is moving towards retirement. With that, I decided that his legacy should be preserved forever in a full length movie. With that, I met with Tom and his team to develop this documentary to not only pay tribute to his life and career, but to also educate people worldwide about his timeless sales techniques and overall outlook on life.”
After three years in the making, the completed documentary encompasses the many milestones of Tom’s career and includes interviews with some of the most influential and successful individuals in the motivational training and business world. People like Sharon Lechter, seven-time NY bestselling author and coauthor of the Rich Dad Poor Dad series., Tom Ziglar, son of Zig Ziglar and supplement giant 1st Phorm’s owner and president Sal Frisella. After attending one of Tom’s seminars, Sal was inspired to develop and grow his health supplement business into a worldwide success.

The movie, Master Of Sales, is now available to be viewed as an early premiere on Vimeo at: http://www.vimeo.com/ondemand/masterofsales