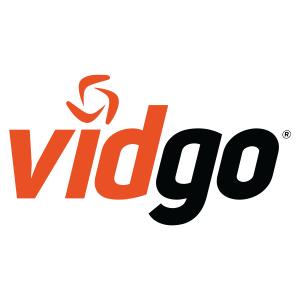 Our number one priority is to continue building a huge lineup of channels that everybody can enjoy, whether it’s sports, news, reality shows, classic TV, or something else.”
— says Derek Mattsson, Chief Executive Officer.
ATLANTA, GA, UNITED STATES, April 21, 2022 /EINPresswire.com/ -- Expanding an already impressive lineup of channels, Vidgo is excited to announce the addition of 14 new channels to an extensive platform. In an ongoing effort to offer the most comprehensive live streaming service available, Vidgo now offers a substantial amount of content for a diverse demographic.

Subscribers can now enjoy a new roster of trending channels on popular networks that appeal to a wide-reaching audience, including Univision, the most popular Spanish-language network and BET, the top-rated network for Black entertainment. Within these networks, subscribers now have access to a comprehensive bundle of channels that cover a wide range of content such as news, sports, reality shows, classic sitcoms, music, and more.

“Our number one priority is to continue building a huge lineup of channels that everybody can enjoy, whether it’s sports, news, reality shows, classic TV, or something else. Whatever the interest, every person in a household can easily find programs to watch with a Vidgo subscription,” says Derek Mattsson, Chief Executive Officer. “Another benefit of our live TV programming is the playback feature, which allows viewers to watch previously aired programs, giving them the convenience of never missing out on their favorite shows.”

ABOUT VIDGO
Vidgo is a privately held prepaid over the top television streaming service with popular local channels, live sports, news, entertainment, family, and Latino programming. Each package includes three simultaneous device streams and is available at home or on the go.