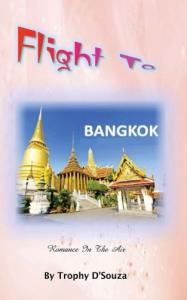 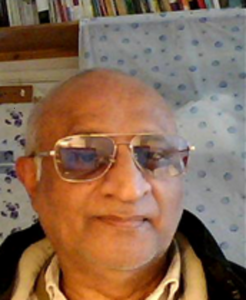 UNITED KINGDOM, April 27, 2022 /EINPresswire.com/ -- During a "Flight to Bangkok," a chance encounter between two travelers will lead to their lives being inexorably intertwined, as they start a casual relationship that unexpectedly grows into something more. In Trophy D'Souza's tale, two strangers who become seatmates on an ordinary flight become lovers, and over the course of their liaisons their feelings for one another bloom, giving the two lost souls a chance at love.

D'Souza tells the story of an eventful journey with an unexpected outcome for some of those on board. During a flight from Nairobi to Bangkok, the plane has an emergency stopover, landing on Male, an island in the Indian Ocean. The seating arrangements on the plane are used as hotel room assignments, so Justin and Alice wind up sharing a room as well. The seatmates turned roommates break the ice, and they go from chatting to sharing emotional baggage and developing a deeper connection. Alice realizes that Justin is someone she can trust and tries to get closer. Justin, on the other hand, is a ranking UN official who finds himself unprepared for the situation and falls for the beautiful woman's charms.

Readers will see whether the couple will find what they are seeking, a rescue from the uncertainties of life and perhaps even love. D'Souza shows readers how even individuals dedicated to their missions can be sideswiped by serendipitous moments presenting new paths in their lives.

"Flight to Bangkok" also gives readers snippets of African and Thai history and culture, as well as some eastern traditional practices. The author draws from his many travels and personal experiences to give the narrative authenticity.

"You need to read the book for the exciting story it provides. Most of the anecdotes narrated are not just true to life, but actually true, just camouflaged in the characters of the two protagonists." D'Souza says.

About the Author
Trophy D'Souza has traveled to numerous countries and uses these experiences for his stories. He has published several books that deal with the intricacies of life and paints portraits of people and cultures around the world.