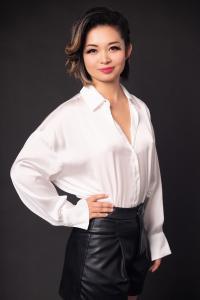 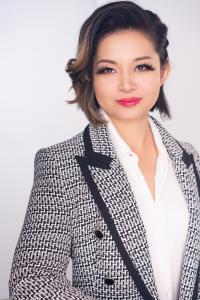 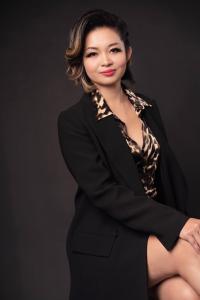 FLORIDA, UNITED STATES, April 29, 2022 /EINPresswire.com/ -- In an advertising market saturated with traditional marketing agencies, Tigertail Pictures is rapidly on its way to become one of the top 5 female-owned agencies in Florida – with Tian Liu at its helm.

Tigertail Pictures is a Florida-based advertising production house company providing high-end full-service production needs, including first steps of creative planning to post-production services. The company’s in-house team and vast network of filmmakers and photographers enables Tigertail Pictures to carry out all tasks with reliability, efficiency, affordability, and most importantly, wild success. The diversity of Tigertail Pictures’ clients effortlessly translates to the various industries it represents, from fashion to lifestyle, and art to technology. Tigertail Pictures also has offices in Los Angeles, New York, and Beijing, China.

In the company’s latest news, the influential Chinese female entrepreneur, filmmaker, and CEO of Tigertail Pictures, Tian Liu, has her eyes set on being the most successful female-owned advertising agency in Florida and beyond. This comes as a result of Liu’s rapid evolution into numerous spaces, including marketing, film production, and even NFTs.

“My mission has always been to be the absolute best in the industry, and I’m pleased to say my company is now at the top,” says Liu. “Our high-end production services are ideal for anyone in the US looking for the perfect connection to the Chinese market. Not only that, but our team members come from all over the world, including Canada, Grameen, France, Italy, Africa, India, Korea, and more. Our diversity easily helps to catapult us into the top advertising agencies in Florida.”

To date, Tigertail Pictures has worked alongside an impressive list of clients, including Maggie Q, Maye Musk, Gal Gadot, Coldplay, Amazon Prime, MTV, and more. Additionally, the company’s creative works have appeared in publications such as the covers of Forbes, VOGUE, GQ, and other international magazines. Other media houses, such as Fox and Business Insider have interviewed Liu and Tigertail with resounding success. In the future, the company aims to create opportunities for Chinese filmmakers to present their voice in the international film markets and nurture a growing cultural atmosphere for overseas Chinese.

Tigertail Pictures boasts offices in Florida, Los Angeles, San Francisco, New York, and related businesses in Beijing and France. Public pricing is not available but can be obtained by emailing the company directly.

Tian Liu is the brilliant Chinese woman and filmmaker behind Tigertail Pictures. She is known for her ability to closely network in celebrity circles and has worked with clients such as Maggie Q, Gal Gadot, Maye Musk, Coldplay, Victor Ma, and more.

In addition to working with many noteworthy clients, Liu’s qualifications and acumen can also be inferred from her Curriculum Vitae. For example, Tian attended Harvard Business School and attended the New York Film Academy to emerge as an outstanding director of photography. She then embarked on a career as a photojournalist in a contract with the China News Agency and, subsequently, her work established Liu as a cutting-edge advertising director and director of photography.

If that isn’t impressive enough, Liu has also worked as a composer for CCTV, China Net and Young Press Corps, vising countries such as Hong Kong, Taiwan, and Africa. Of late, Tian has risen in the ranks as an influential female entrepreneur and, in 2019, she was invited to give a public lecture at USC University of Southern California. In fact, USA Media has rated her as one of the 30 most influential and outstanding women in the world. Additionally, at film festivals, her work has won her over 50 best cinematography awards, with her film and TV work were shortlisted twice for the Cannes Film Festival.