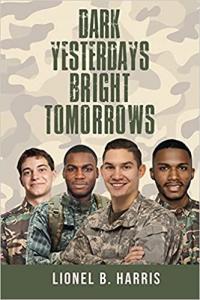 LOS ANGELES, CALIFORNIA , UNITED STATES, April 19, 2022 /EINPresswire.com/ -- Los Angeles, CA — Author Lionel B. Harris will be one of the featured authors in the upcoming Los Angeles Festival of Books 2022 with his published book titled Dark Yesterdays Bright Tomorrows. A book that specializes in military careers and systems. Corporal Tyrone Lattimore, who is a Texas-based soldier in the US Army, is generally regarded as introverted, intelligent, highly proficient, and compassionate. However, the corporal outside attitude was seen as a mystery man who marches to the beat of a different but benevolent drummer and, side by side, makes him a controversial figure. Corporal
Lattimore has no inhibitions, no hidden agenda, no feelings of ill will or intent and exudes an insatiable love for his fellow man, regardless of a person’s race, religion, or gender.

He was well-informed and knowledgeable that everyone has a unique story, sometimes easy and sometimes hazardous, and he stands ready to help them navigate through it. It is an important thing to remember.

Lionel B. Harris is a native of Missouri. After serving three years in the US Army, he consistently pursued his writing desires while simultaneously engaging in an array of work endeavors. He absolutely relishes interacting with people in general and especially youngsters who are trying to find their way in life.

Microbe Formulas Is Proud to…

Microbe Formulas Is Proud to…