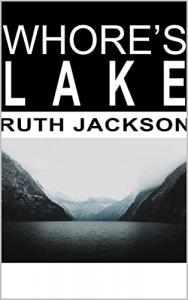 Suspense, Mystery, and a lot more

CHICAGO , ILLINOIS, UNITED STATE , April 28, 2022 /EINPresswire.com/ -- Author Ruth Jackson was born in Drew, MS. August 11, 1941, to Ruth Roby and Emzie Latiker. Her husband of twenty-five years, Lee Jackson, has been her greatest supporter. She is a mother of six children, the grandmother of 13, and the great-grandmother of 12. Ms. Jackson is an Evangelist, Ordained Minister, and Sunday School Teacher at her home church in Chicago, IL. This is her 3rd book (Living Legend, Ole Pete). She has been able to tell stories that have always captured the imagination.

Ms. Jackson's teachings in her Sunday school class have given her status as one of the premier teachers in her field. She is one of the co-founders of Kids Off The Block, a very successful youth-serving organization on the far south side of Chicago. The organization has gained national attention for its work in the prevention of youth violence. Her accomplishments have led her to states across America, including New York and California.

Ms. Jackson's first book "Living Legend" was a testament to her love for GOD, and told the story of her life. Being the youngest of six children, Ruth is known to give guidance and direction to all who seek it. She is well respected and a pillar in her community, of which she has been a resident for twenty-five years. Over the years she has owned several businesses and now is retired after dedicating herself to years of service at the steel mills in Indiana.

Whore's Lake is a story based on what we were told in our childhood in the early 1900s in the state of Mississippi about mysteries Lake. Still, to this day, it is one of the most talked-about Lakes in the south. It's filled with mysteries and untold stories in the city of Drew Mississippi, in a colored community where colored females were raped and murdered.

Her book is available at the link below: