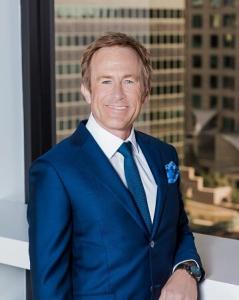 The “Best of Los Angeles Award” community was formed four years ago and consists of over 7,600 professional members living and working in Southern California. It celebrates the best people, places and things in Los Angeles with a slogan “No Ads. No B.S. Only the Best.”

“The mission of the community is to celebrate the best of Los Angeles, and allow its community members to connect with other members who share the highest standards of quality and integrity,” expresses DeRose. "We're honored to include Rob Hudock of Hudock Employment Law Group
into our BoLAA family."

After graduating from the University of San Diego School of Law, Rob founded and led his own law firm. With over 20 years of practice, Hudock is a very experienced and highly rated litigator in the state of California. He assists his clients in recruiting the best possible talent while also avoiding lawsuits that may arise in the workplace.

This year, Hudock has been named both Top Litigator by Los Angeles Business Journal and Legal Visionary by L.A. Times B2B Publishing.

While Rob cares about helping his clients in Los Angeles and all over California, he is also a very active and involved community member. Hudock volunteers for San Diego Domestic Violence TRO Clinic, Big Brothers Big Sisters of San Diego County, San Diego Volunteer Lawyer Program, and many more organizations. It’s clear that Rob genuinely puts attention toward helping others, as it states the reason he was drawn to employment law in the first place was that it was more centered around supporting humans.

MINTLAYER TO TRAVEL AROUND THE…

Sheikh Bentounes: “we need to…