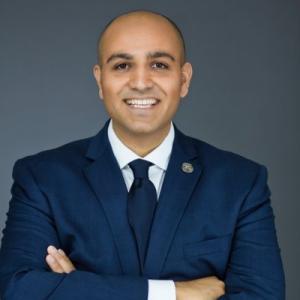 “We're honored to include Paymon Khatibi of Khatibi Law, APLC, into our BoLAA family.” ~Aurora DeRose

The “Best of Los Angeles Award” community was formed five years ago and consists of over 7,400 professional members living and working in Southern California. It celebrates the best people, places, and things in Los Angeles with the slogan “No Ads. No B.S. Only the Best.”

“The mission of the community is to celebrate the best of Los Angeles, and allow its community members to connect with other members who share the highest standards of quality and integrity,” expresses DeRose. "We're honored to include Paymon Khatibi of Khatibi Law, APLC, into our BoLAA family."

Paymon Khatibi got his Juris Doctor from Loyola Law School. During his time at Loyola Law School, he served as editor-in-chief of the Loyola Journal Digital Law Student Magazine. Khatibi later continued to complete his undergraduate studies at the University of California, Irvine. He ultimately graduated with a degree in Criminology, Law and Society.

Khatibi is an attorney that takes pride in defending the wronged against big corporations or government entities. His work as an attorney has included cases regarding injuries, product defects, wrongful death, government liability, sexual abuse, civil rights, employment, and business litigations.

Apart from writing and speaking on various legal topics, Khatibi has served on the Board of Governors for the Consumers Attorneys of California as well as its Legislative and Education Committees. Khatibi is also a member of the Consumer Attorneys of Los Angeles where he has been a part of the Public Affairs and Education committees. He is the co-founder and past president of the Downtown LA Bar Association as well.

Throughout his career, Paymon Khatibi has taken part in many trials involving disastrous injuries. In 2019, Khatibi notably helped obtain a seven-figure personal injury verdict for his client on a jury trial. His victories in cases involving personal injuries and other legal areas have earned him the reputation of a brilliant attorney willing to fight for his clients.