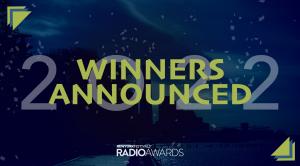 Creative and compelling audio entries from around the globe were recognized by the 2022 Radio Award Grand Jury including engaging podcasts and audiobooks, masterful dramas, and documentaries, up to the minute news coverage, entertainment and music specials all created by world renowned storytellers.

Welcoming the award, RTÉ Director General, Dee Forbes said: “We are honoured that our radio stations and programmes, as well as our people, have been recognised among such prestigious company by the New York Festivals Radio Awards. While radio is evolving rapidly in a very competitive media landscape, it continues to occupy a special place in the lives of our listeners who come to us, not just for vital news and information, but to plug into the life and culture of this country across arts and entertainment, music and performance, drama, factual documentaries, sport and so much more. It is important that we continue to satisfy the clear appetite for authentic, diverse and original local content and provide a valuable platform for our talent. Congratulations to all this year's nominees."

HarperCollins Publishers UK was honored with the 2022 Radio Production Company of the Year the Year Award for their exceptional audiobooks. Gold trophy winning work includes “Lord of the Rings,” “Gangsta Granny Strikes Again,” and “Einstein the Penguin.”

“We are delighted to be recognised with the Production Company of the Year Award. This is a wonderful testament to a landmark year for the HarperCollins Audio team, with standout productions across a wide range of genres. We’ve been able to work with some of the most talented actors of the day, as well as highlight brand new talent from diverse backgrounds, and bring together incredible casts to make our recordings truly memorable.”—Fionnuala Barrett, Audio Publishing Director, HarperCollins UK

“Have You Heard George’s Podcast?” - from BBC Sounds & BBC Radio 5 Live - Narrative/Documentary Podcast. BBC’s award-winning podcast is a genre-defying, award-winning and critically acclaimed podcast that delivers a fresh take on inner city life through a mix of storytelling, music, and fiction.

“If you haven’t ’Heard George’s Podcast?’, you need to. In this latest Chapter 3, George the Poet and producer Benbrick continue to raise the creative bar, beautifully showing the possibility and power of audio to tell important stories, and in particular stories of Black life and music. They also collaborated with the BBC Concert Orchestra, which must be the first time a full orchestra has recorded the score to a podcast series, and all achieved during strict lockdown conditions. We’re really proud of Have You Heard George’s Podcast? and delighted it’s the second year in a row that a BBC Radio 5 Live & BBC Sounds podcast has been awarded the Grand Jury Prize.” —Dylan Haskins, Commissioning Executive for Podcasts, BBC Sounds & BBC Radio 5 Live

“U.Me: The Musical” - Magnum Opus Broadcasting - Best Original Music. The Grand award-winning new original musical created especially for the BBC World Service is a love story for radio and podcast tells the story of two young people on opposite sides of the world who meet online and make a true connection.

"I think the overall message the project gave us at Magnum Opus Broadcasting, was of the power of collaboration: especially in a socially distanced, locked down world. londontheatrereviews.co.uk described U.Me: The Musical as: “without a doubt… the most creative and inspiring piece of art produced by the devastating effects of this pandemic. Whether that's the case or not, it's a 'piece of art' designed to offer hope; and it couldn't have done so without that collaborative process. And if the pandemic taught us anything, maybe it's that collaboration - in the arts, medicine, or whatever sphere - can overcome many, seemingly insurmountable, obstacles." –Lewis Borg-Cardona, Producer, Magnum Opus Broadcasting

“We're thrilled to be honored with the Grand Award for The Sounds of America radio series! The series profiles audio recordings preserved at The National Recording Registry at the Library of Congress. Recognizing recordings that made a significant impact on American culture! What better way to pay tribute to our audio heritage than through audio storytelling.”—Ben Manila, Founder/Executive Producer, & Jennie Cataldo, Producer, BMP Audio

Breaking news coverage, features and investigative reports from broadcasters around the globe earned Gold: “Assault On The US Capitol” and “The Fall of Afghanistan” (CBS News), “The Disconnect: Power, Politics and the Texas Blackout” (KUT 90.5), and “Third Squad: After Afghanistan” (Airloom Media). Silver winners include “Mina Smallman, For All Women” (BBC Radio 4), and “My Name is Joe McDonnell, Hunger Striker” (Ocean FM).

All Entries in the 2022 competition were judged online by NYF’s Radio Awards Grand Jury of 200+ producers, directors, writers, and other creative media professionals from around the globe.

This is the twelfth year of NYF’s strategic partnership with NAB show.

Celebrating the World’s Best Work since 1957

The 2022 NAB Show will be held April 23-27, with exhibits open April 24 - 27, at the Las Vegas Convention Center. NAB Show is the world's largest and most comprehensive convention encompassing the convergence of media, entertainment, and technology. NAB Show is where global visionaries convene to bring content to life in new and exciting ways.

About NAB
The National Association of Broadcasters is the premier advocacy association for America's broadcasters. NAB advances radio and television interests in legislative, regulatory and public affairs. Through advocacy, education and innovation, NAB enables broadcasters to best serve their communities, strengthen their businesses and seize new opportunities in the digital age. Learn more at www.nab.org.