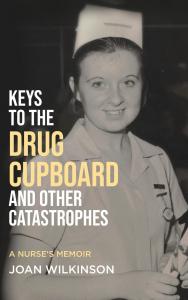 Keys to the Drug Cupboard and Other Catastrophes 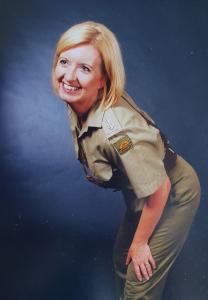 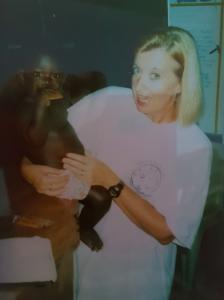 Joan Wilkinson Shares "Keys to the Drug Cupboard and Other Catastrophes"

ADELAIDE, SOUTH AUSTRALIA, April 21, 2022 /EINPresswire.com/ -- In her poignant, moving and often humorous recollections, Joan Wilkinson invites readers to join her on a trip down memory lane to revisit unforgettable moments in life that contain nuggets of wisdom. "Keys to the Drug Cupboard and Other Catastrophes" opens the door to a rich life full of memorable experiences.

Wilkinson's memoir takes readers back to her early life in the United Kingdom during the 1970s. There they will see her clumsy and hilarious recruitment as an Enrolled Nurse as well as the hijinks she got into during her nursing and Army career. She also shares painful memories such as her experiences of being a victim of domestic violence, the indescribable pain of losing a child, and the anguish of the tragic loss of nine Australian Defense Force personnel in 2004 when she was posted as an Army Captain Nursing Officer in Indonesia.

"Keys to the Drug Cupboard and Other Catastrophes" also raises awareness regarding Post-Traumatic Stress Disorder, showing how Wilkinson lived with PTSD since early 2005. This account of life's highs and lows is a celebration of her nursing and Army career that has spanned decades, as well as treasured experiences of working in remote Australian communities and overseas where she had the chance to interact with different cultures, people and ways of life.

With her memoir, Wilkinson conveys invaluable life lessons applicable to all audiences as well as her perspective and experiences as a nurse and a member of the military, which would be invaluable for those pursuing similar careers.

"This book has been written from the heart. Nevertheless, it is an accurate account of some of my life in parts. It is my memory of events as I have documented them over the years in my journals." Wilkinson says. “I have always had a passion for nursing and adventure. I have been fortunate to have been able to combine both. I loved how nursing has opened so many doors as I have progressed through life. I have had the opportunity to work from the floor up. "I have a passion for students to mentor and help them become the best they can be. I firmly believe that if we pay it forward (our knowledge), it can only make for better nurses."”

About the Author
Joan Wilkinson is a retired nurse who lives in Adelaide, South Australia. She lives with her husband of 40 years, her two dogs and a cat. She has two children, a boy and a girl, who have given her four delightful grandchildren.