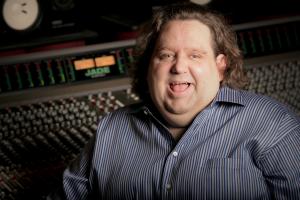 MACON, GEORGIA, UNITED STATES, April 29, 2022 /EINPresswire.com/ --
Georgia based blues guitarist, Joey Stuckey, is making moves. He recently released his song, You Know My Name, which is a powerful track steeped in incredible guitar solos matched by an emotional vocal performance. Also joining Joey on this song is his friend, mentor, and accomplished musician, Randall Bramlett. Bramlett has worked with the likes of Steve Winwood and Greg Allman and is on this track playing the organ. Stuckey writes from an authentic place, which allows listeners to connect on a human level with his work.

Joey Stuckey is an award-winning blind guitarist, songwriter, singer, composer, producer, radio and television personality, music columnist, educator and sound engineer. He is also the official music ambassador for his home town of Macon Georgia. His guitar style is reminiscent of rocker Jeff Beck and jazzer Wes Montgomery, while his vocal influences range from Mel Torme to Gregg Allman.

Joey and his band, The Joey Stuckey Band, also perform nationally. They have opened for legendary artists including but not limited to, Ted Nugent, Trisha Yearwood, James Brown, The B-52's, and Smashmouth. In his other roles as either producer, composer, music columnist, and sound engineer or hired musician, Joey has worked with musical greats including George Thorogood, Alan Parsons (Pink Floyd, The Alan Parsons Project), Ross Hogarth (Producer for Van Halen, John Mellencamp, Bonnie Raitt), Danny Seraphine (Chicago), David Berger (Arranger and Conductor for Jazz at Lincoln Center, Arranger for Natalie Cole, Rosemary Clooney), Mike Mills from R.E.M, and many, many others. In short, Joey is a young man with an enormous talent, clear vision, and a tireless work ethic, who is well respected by his peers, fans, and more than a few legends.

Joey is currently working with students, instructing them on guitar, voice, music theory, and sound engineering. He is the professor of Music Technology at Mercer University and an official mentor for the Recording Connections School in Los Angeles. No stranger to musical theater, he was the music director for Macon State College's production of 'The Rocky Horror Show' in the fall of 2002. Recently, Joey has taken on the role of music publisher and has a growing catalog of great songs in multiple genres. His publishing companies include Sociology Publishing (BMI) and Sign Wave Publishing (ASCAP).

You can find Joey Stuckey’s work anywhere music is available! Be sure to follow him on socials, and keep up with all of his upcoming projects on his website!