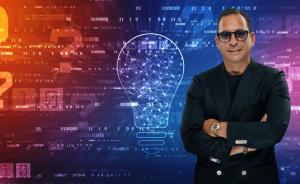 BERLIN, GERMANY, April 25, 2022 /EINPresswire.com/ -- Mr. Heit, the G7 Presidency has currently put the topic of sustainability and digitalisation on its agenda, and for the group of the seven largest industrialised nations on our planet, questions of technical sustainability play a prominent role. In this context, how do you see the role of digital media in relation to global digitalisation?

Josip Heit: In my media group, which includes several German daily newspapers, research has been conducted within the group since the middle of 2021 on the questions of media consumption and their preferences, in particular on the influence on usage behaviour and IT investment planning. In this context, digital media influence every event, no matter which one, which is why digital media in particular are subject to special due diligence.

Mr. Heit, the digital media, as you yourself admit, exercise a special power. Can they be regarded as the fourth power in the state in the sense of information, and what could the G7 countries, as the leading industrialised nations, improve in your opinion with regard to digital media?

Josip Heit: The use of digital media is increasingly shaping everyday life, be it at work, in consumption or in leisure. Digitisation has also increasingly become a topic in education in recent years, so digital media have power without further ado.
Just look at the internet, any so-called blogger or operator of a domain can today write mendacious allegations - completely anonymously - on the internet with almost impunity, here the fathers of this modern scourge of our civilisation have made considerable mistakes in its creation. Blackmail and slander as well as lies are the order of the day on the internet, they influence our thoughts in sequence, the G7 states must urgently change this, there must be a worldwide acting control authority on the internet, on the basis of UN laws, which puts an end to these criminal goings-on.

Before you ask about the costs in this context, I will tell you here and now: YES, it costs money, but just look at the many billions of euros in damage that criminals cause through their activities on the Internet!

Mr Heit, according to a study, a full 67 per cent of people worldwide prefer to obtain information via online media. How do you see your responsibility as the owner of a media group?

Josip Heit: The daily newspapers of our media group report economically and politically independently on all relevant topics and events from politics, business, science, sports, culture, tabloids, media, internet and entertainment.
In its reporting, our media group is guided by the established practice of the German Press Council, as well as the European Union, and is committed to the highest degree of objectivity, truthfulness and quality journalism. You can only demand truthfulness on the internet if you are prepared to implement it yourself. This is how I see the responsibility of digital media in relation to global digitalisation in the 21st century of our era.
According to our experience, the acceptance and degree of use of digital offers depends strongly on the benefit of the readers; only those who commit themselves to the truth content can expect sustainability in the behaviour of the readers in the long run. Against this background, the media of my media group report in four languages (German, English, Spanish and French) around the clock (24/7), seven days a week.

I myself, as Chairman of the Board, focus on investments in start-ups; this is where the future lies, not only in the field of digital media and technologies, because sustainable technologies are "sexy", so to speak. Objectively, I like to invest in Germany with regard to the well-known virtues such as diligence, application of the means of production, punctuality and striving work.