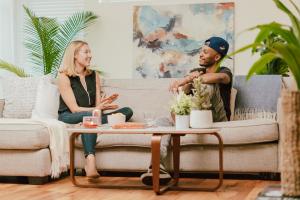 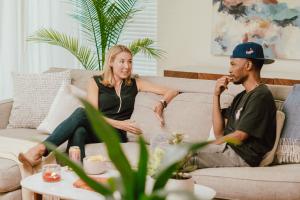 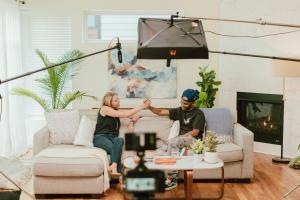 I get why there is mistrust in education systems [because], in a lot of ways, they haven’t worked for every person that’s been through them.”
— Molly Shaw
CHARLOTTE, NC, UNITED STATES, April 21, 2022 /EINPresswire.com/ -- In the latest episode of Bridge Builder Conversations now available on YouTube, Molly Shaw, former president and CEO of Communities In Schools of Charlotte-Mecklenburg (CIS-Charlotte), joins Charlotte community leader David “Dae-Lee” Arrington to talk about her experience with segregation at Davidson College, addressing broken education systems and the importance of empowering others as a leader.

“I get why there is mistrust in education systems [because], in a lot of ways, they haven’t worked for every person that’s been through them,” Shaw said.

A native of Durham, North Carolina, and the only child of chemist parents, Shaw talks about her upbringing and the experiences that helped shape her work in education.

“I was getting that lesson [‘everybody needs an education’] reinforced over and over,” she explained. “It wasn’t until I took a class from Bridget Terry Long, who’s an African-American woman, now the dean of the college of education at Harvard.

“She was the one who was saying, ‘We’ve got to interrogate everything we know about our education system.’ That’s when the wheels in my mind started turning.

“[At Harvard I learned] education is not just about helping individuals reach their best and helping serve the community. Education is the tool for access and equity. And if you’re not thinking about education in that way, you’re not doing your job.”

Shaw, who now serves as an advisor in social impact and philanthropy, held her role at CIS-Charlotte for nearly a decade and hoped a minority leader with greater proximity to the communities they served would take over leadership. After Shaw’s departure, the organization named its first Black president and CEO, Men Tchaas Ari.

“Communities in Schools was the most transformative experience of my life,” Shaw told Dae-Lee, describing how as a white woman “privileged in multiple ways,” she quickly realized she was not the “expert” and would need to be open to learning and building new relationships.

“I walked in and you could feel it in the air: The very valid feeling of ‘why is she the person standing in front of us?’”

Since early January, Dae-Lee has used the Bridge Builder Conversations video series to encourage dialogue and action among leaders, no matter their background, to build bridges and form relationships across differences like race and socioeconomic status.

Upcoming
May 5, Harvey B. Gantt, first African American elected as mayor of Charlotte

ABOUT BRIDGE BUILDER CONVERSATIONS
Bridge Builder Conversations is a nine-part, unscripted video series featuring various leaders and artists sharing their personal journey and discussing the opportunities and challenges of building bridges across difference within their industries.

The series debuted Jan. 13 with a meaningful race talk with former Bank of America CEO Hugh McColl. The series, sponsored by Bank of America, HUE HOUSE, Urban Outfitters and Mansion, can be viewed on the Bridge Builder YouTube channel.

Bridge Builder Conversations release bi-weekly through May 5. Details for the series can be found at WeBridgeBuild.com/BBC.

ABOUT DAVID ‘DAE-LEE’ ARRINGTON
David “Dae-Lee” Arrington is a Norfolk, Va., native who now calls Charlotte, N.C., home. Summarizing his journey “from the corner to the cul-de-sac,” Dae-Lee experienced a 180-degree racial, cultural and socioeconomic shift that changed his life and inspired his work today to bridge divides that keep us from experiencing our collective best.