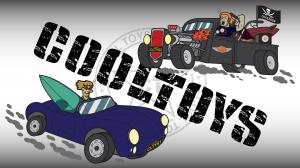 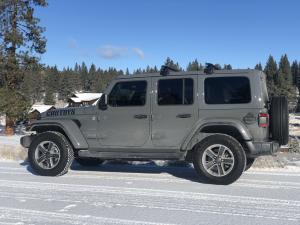 CoolToys on the Road - pre shelter that is

The Hot Rod Is Gone and The Shirts Will Be Gone Soon Too.

We did one last smoke show before letting it go, and you can see that on CoolToys TV pretty soon”
— Josh Snodgrass M.D.
HUNTINGTON BEACH, CA, USA, April 20, 2022 /EINPresswire.com/ -- CoolToys TV announces that it is retiring the Josh's Hot Rod Series T-shirts and Swag.

One of the more popular items in the CoolToys TV Swag shop, it was decided when the Hot Rod was gone the swag would go to. After staring in several episodes of CoolToys TV, the custom built mix of Ford, Chevy and Chrysler parts was recently sold. CoolToys Host Josh says, "We did one last smoke show before letting it go, and you can see that on CoolToys TV pretty soon".

The Hot Rod was custom built from a 1920's Ford Pickup, but had a laundry list of parts making it a genuine American Classic. The Front grill was from an early Ford Commercial truck, the engine was a Chrysler Hemi from a 1955 New Yorker. The Transmission was a B&M modified Chevy TH350. This had a little extra meaning for host Scott since he grew up with the family that founded B&M transmission. Even though it didn't have a posi-traction rear end, the line lock made for some fun smoke shows according to Doc Josh's kids.

When the car first appeared on the show, it was an instant hit, so the team created the Josh's Hot Rod Series of T-shirts. The same graphics team that did the introduction for the CoolToys TV show created the graphics for the T-shirt. Like the hot rod, the T-shirt is about to become a collectors item and a thing of the past. CoolToys TV merchandise manager Kelly says that the Hot Rod series will be retired at the end of Season IV which is expected to wrap up shooting at the end of April. She says the last day to order the shirts will be May 31st 2022.

The Hot Rod first appeared on CoolToys TV in 2018 and made several appearances during the third and fourth season of the series. While the third season was mostly shot live, it still managed to get the Hot Rod on screen a time or two. CoolToys Producer Craig Railsback said "I was looking forward to a lot more fun with the Hot Rod and then Josh went and bought an RV. All I could think was that his kids were making him crazy.".

CoolToys TV is a podcast and Roku TV show about all the CoolToys your wife doesn't want you to buy. It started when host Scott Bourquin's surfboard collection added it's eleventh board and his wife took it from him saying it was too nice to surf.