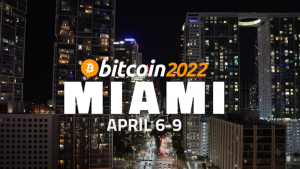 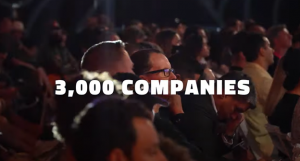 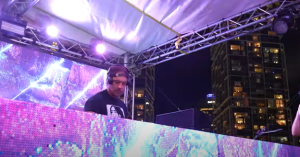 MIAMI, FLORIDA, UNITED STATES, April 28, 2022 /EINPresswire.com/ -- “This year, the world's largest Bitcoin conference took place at the Miami Beach Convention Center. Bitcoin 2022 was attended by somewhere between 25,000 and 30,000 people over four days from April 6-9. This is the biggest crypto event of the year” - says Oleg Zyryanov, CEO of Bitcovault Crypto ATMs (https://bitcovault.com/) - a company that manufactures and sells bitcoin ATMs in the US and worldwide.

At the conference, many companies are attracting attention, both with their participation and with their new announcements. Cryptocurrency exchange FTX bought the naming rights to the NBA arena in downtown Miami last year. In addition, Blockchain Com announced at the conference that they will have a space with 200 employees in Wynwood, a shopping center for technology firms and investors. Others at the conference and the mayor of Miami said they support Blockchain Com's technology investments. While there was a warm atmosphere and enthusiasm at the conference, you can't say Bitcoin has had as enthusiastic a year as you'd like. Bitcoin experienced a price drop of nearly half in January. In addition, BTC has lagged behind digital assets such as NFT, which are growing in popularity. According to altcoins such as Ethereum (ETH) and Solona (SOL), which have developed their networks in this area, Bitcoin cannot follow the innovation of technology.

Industry Day was filled with business people from all over the world! Talks with industry leaders and introductions to some of the best developers. Opinions were expressed regarding the cryptocurrency industry as well as Ethereum 2.0.

If you want to learn more about what bitcoin OTC trading is, check out our page on how to buy and sell large amounts of cryptocurrencies and bitcoins without resorting to crypto exchanges. This is a convenient and reliable way to buy large amounts of bitcoin safely and without the risk of losing money based on rate changes.

On the public access days, the real fun began. There were significantly more visitors on those two days. Some barely knew what Bitcoin or cryptocurrency mining was, while others had farms running with hundreds of thousands of ASICs! Most people were there with a mission to learn more about cryptocurrency, find a solution to some of their problems, or just connect with like-minded people.

There were also a lot of representatives from bitcoin ATM businesses, business owners, and those who are just looking at starting their way in this business.
If you don't already know what bitcoin ATMs are and how you can make money with them, here's a great article - instructions on how to start a bitcoin ATM business in 2022.

The last day of Bitcoin 2022 was marked by a music festival called Sound Money.

The concert took place live on two huge stages, so you just had to choose which music you liked best. It's not always an easy decision.
We recommend to all representatives of cryptocurrency related businesses, who have not been to this conference, to attend this event at least once, which is an excellent opportunity for new contacts, acquaintances, exchange of opinions and signing profitable deals for business.